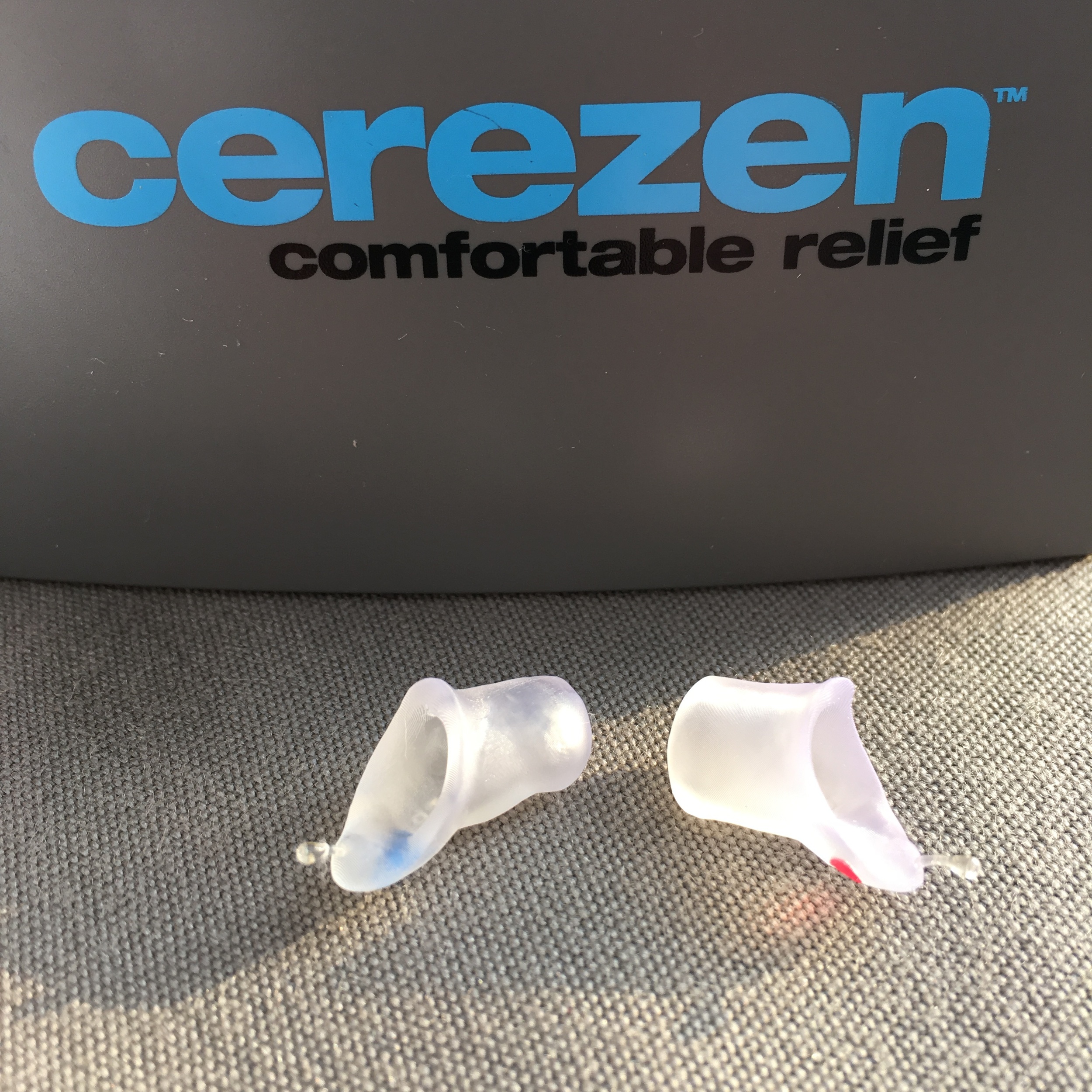 Cerezen: custom moulded to fit my ears (and really hard to photograph)

For the past six months, I’ve been wearing these custom-moulded, hollow plastic devices in my ears, where they sit neatly, out of sight apart from the tiny sticking out bobbles, which are there to make them easier to remove.

Why? Because they are the latest way to combat tooth-clenching and grinding, also known as bruxism, which is something that I have had a problem with for a good 20 years, and which manifests itself as continual stiffness and tightness in my back, shoulders and neck. If you are wondering how ears and teeth are connected, it is via the joint at the corner of the jaw which is known as the temporomandibular joint. The ear canal sits right behind this joint and when you clench your teeth, the ear canal contracts slightly and,when you have these hard plastic plugs in place, it tightens up around them  — not enough to be uncomfortable, but enough to encourage the jaw to relax.

I had my jaw assessed as part of a four-month trial conducted by Dr Joanna Christou, a dental surgeon, on behalf of Cerezen, the company that makes the devices, The good news is that they seem to be helping – certainly, they’re easier to wear for most of the day than all the various bite-guard splints that I have tried over the years, so I’m sticking with them for now.

The full story is in the Daily Mail’s Good Health pages today and up on the website here .

The devices are made to order and cost from £500 – a lot, though a drop in the ocean when compared to the sum I have spent on physios and osteopaths over the years (I didn’t pay for my devices as i was part of the trial group). There has been one randomised controlled clinical trial on Cerezen in the States so far; results were promising, but this hasn’t been published, and there are masses of success-story case histories on the Cerezen website.