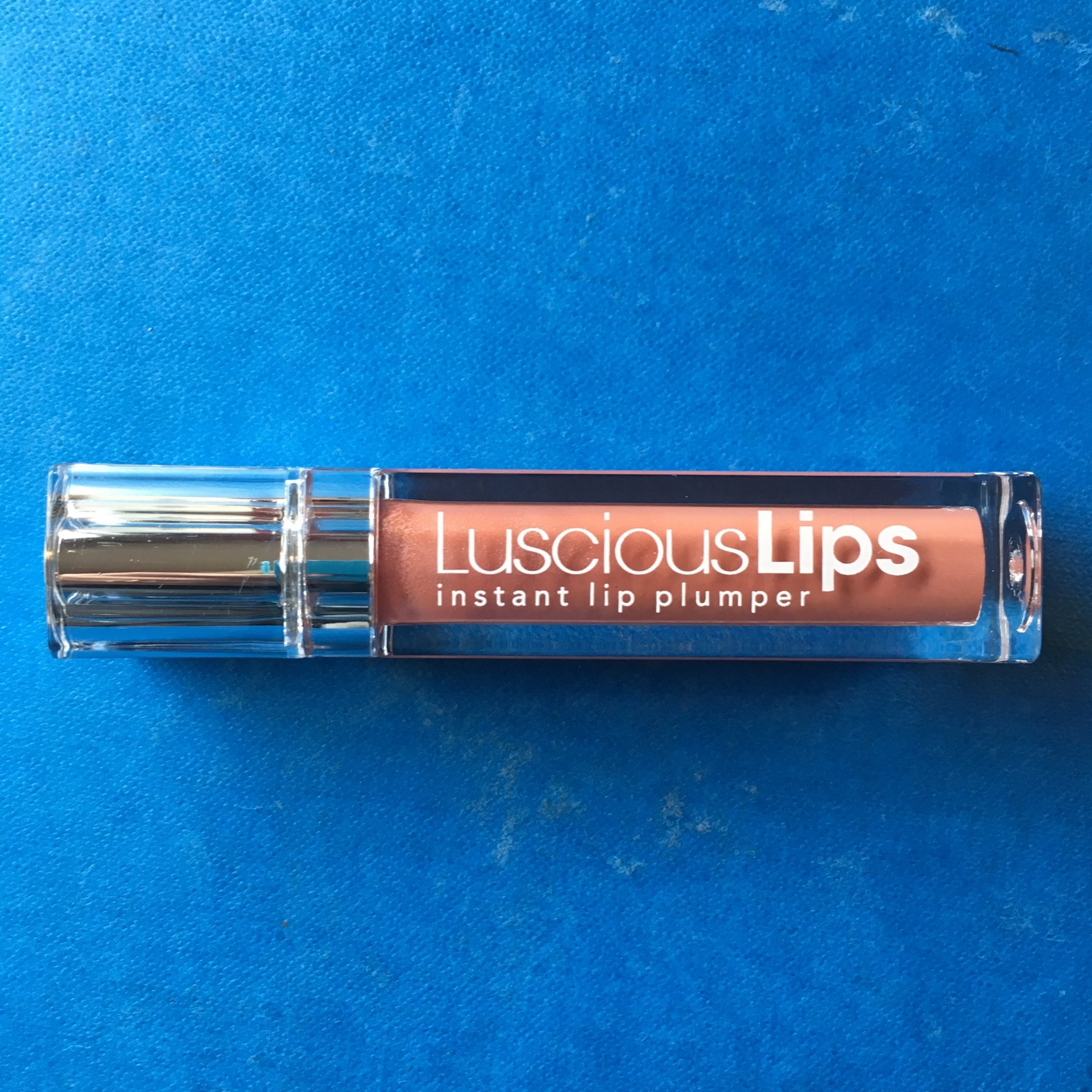 Every second lip product seems to be claiming to plump lips as well as tinting/ glossing/ colouring or smoothing them just now. This one from Luscious Lips is the latest one I’ve tried out which I’m writing about because, guess what, it really works. It’s a small effect, and the formula includes some stinging minty stuff which I normally hate but this wasn’t too irritating, and because it’s a gloss, it automatically makes lips look larger. But still. A closer look at the packaging shows the formula contains hyaluronic acid – to plump up the lips just hydrating them – and an ingredient that claims to stimulate collagen production in the skin, which I’m guessing would need repeated, regular applications for some length of time in order to have effect.

See what you think, the pictures are below. The first is before, the middle pic is two minutes after application, and the third is with a second cheeky swipe of just a fraction of the gloss, at five minutes. Certainly looks like it’s doing something. Still, I was startled to see that the price is £45. That is a lot, even if it is full of fancy technical ingredients. 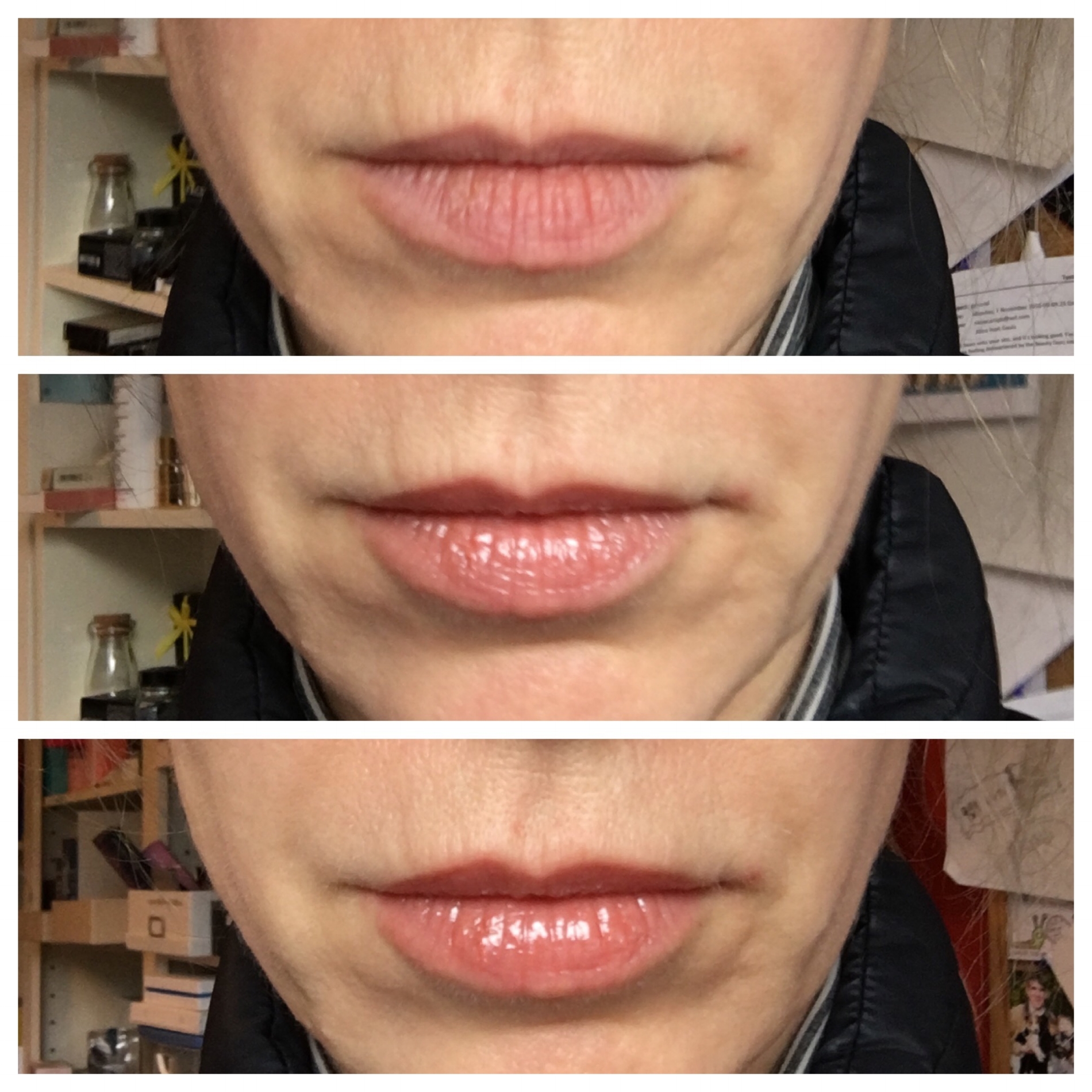 Just gloss, or actual volume? Before; after two minutes; after five minutes and more gloss

The scientific selfie that guesses your age

No escape: my latest results from the Olay Skin Advisor

I’ve been playing some more with the  Olay Skin Advisor. It’s a (free) app with which you snap a selfie, then let the programme analyse your skin, identify areas of concern (or should that be areas of the most concern) then it recommends relevant (Olay) products and guesses your age, based on what it can see.

How it does this is thanks to something called ‘deep learning’ – a machine-learning algorithm inspired by the way the human brain works. “The app has learned to perceive age and skin flaws by being shown tens of thousands of ageing faces look like,” explains Jun Xu, one of the team who created the app at the Procter & Gamble’s Beauty Technology headquarters in Cincinnati, Ohio.

That means it learns from its mistakes and slightly scarily, the Skin Advisor now has a better success rate at guessing age from a face than expert dermatologists, who do this sort of thing the whole time.

When I wrote the Skin Advisor up for the Telegraph recently (link here) I was delighted that it thought my skin looked 40 years old, because I’m 53 and as vain as the next woman. Well, probably far worse, since I work in beauty. But anyway. When I ran the Advisor programme last week, it thought I was 47. That’s me told. I blame the lighting. I think I’ll have to try it again next week, on a sunny day.  January was busy but I still don’t think I’ve aged nearly a decade in a month. 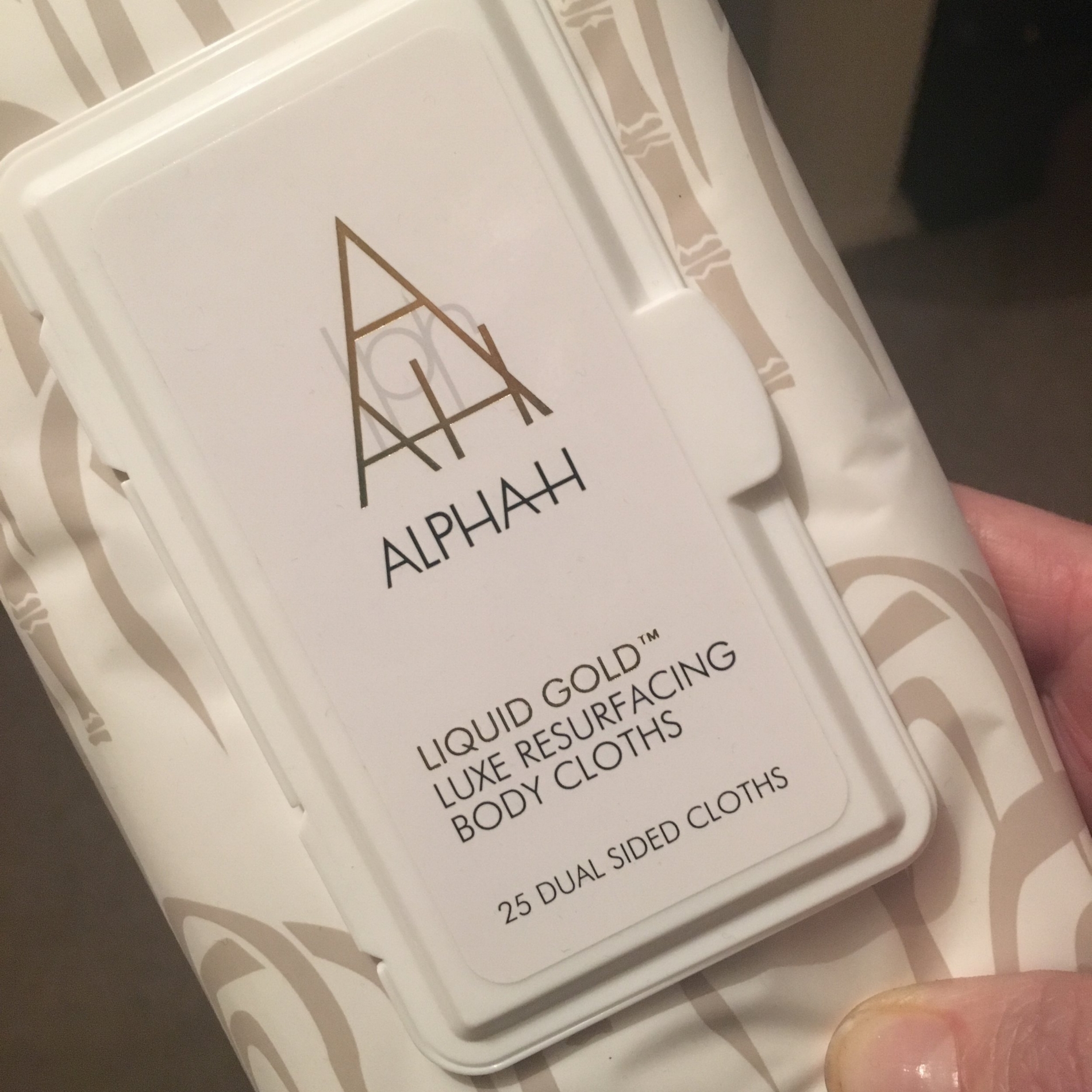 Liquid Gold from Alpha-H – now there’s a version for the body.

I do love a bit of glycolic acid. It’s great for giving skin a light, non-abrasive exfoliation and helping skin become more hydrated, and of course it works as well on the body as it does on the face. Glycolic body products are particularly good for smoothing out rough patches of ‘chicken skin’ (which is more properly known as Keratosis Pilaris or KP)  only there haven’t been that many glycolic body products around until recently.

I recently did a vlog on some of my favourite glycolic body products (yes, I am trying my hand at vlogging too, you can find my YouTube channel over here and the glycolic creams vlog here) but didn’t know that these wipes or rather body cloths were coming down the line until they arrived a couple of days ago, which is why they aren’t in there.

Alpha-H is a terrific brand and I’m a huge fan of their Liquid Gold treatment product for the face. The brand describes itself as ‘concentrated skincare’ which sounds effective even before you get to the nitty gritty of what the products contain, and try them, and find they really do do what they say on the tin. Or in this case, the squishy packaging.

It’s clever and logical that they should move Liquid Gold into a body product, too. You  use these wipes on clean dry skin- they have a more textured side which you should rub over legs/ arms/ elbows first (I guess it helps provide a little physical exfoliation into the bargain) and then you follow up using the other, smoother, side of the cloth to polish on a little more glycolic acid. Then leave it. Don’t add a cream on top of these or it will neutralise the effect of the acid. I didn’t notice any tingling from it, which may be because my skin is used to glycolic acid – if yours is sensitive, do the sensible thing and try them on a small inconspicuous bit of skin first, before giving yourself a wipe-down with these.

Do I prefer these body cloths to glycolic creams and lotions? No, because I just love body lotions. But I know that many people hate body lotions with a passion and for them, these wipes would be a brilliant way of delivering an effective treatment for brightening up the skin and shifting the dreaded KP. They’re £27 on the Alpha-H website, here.