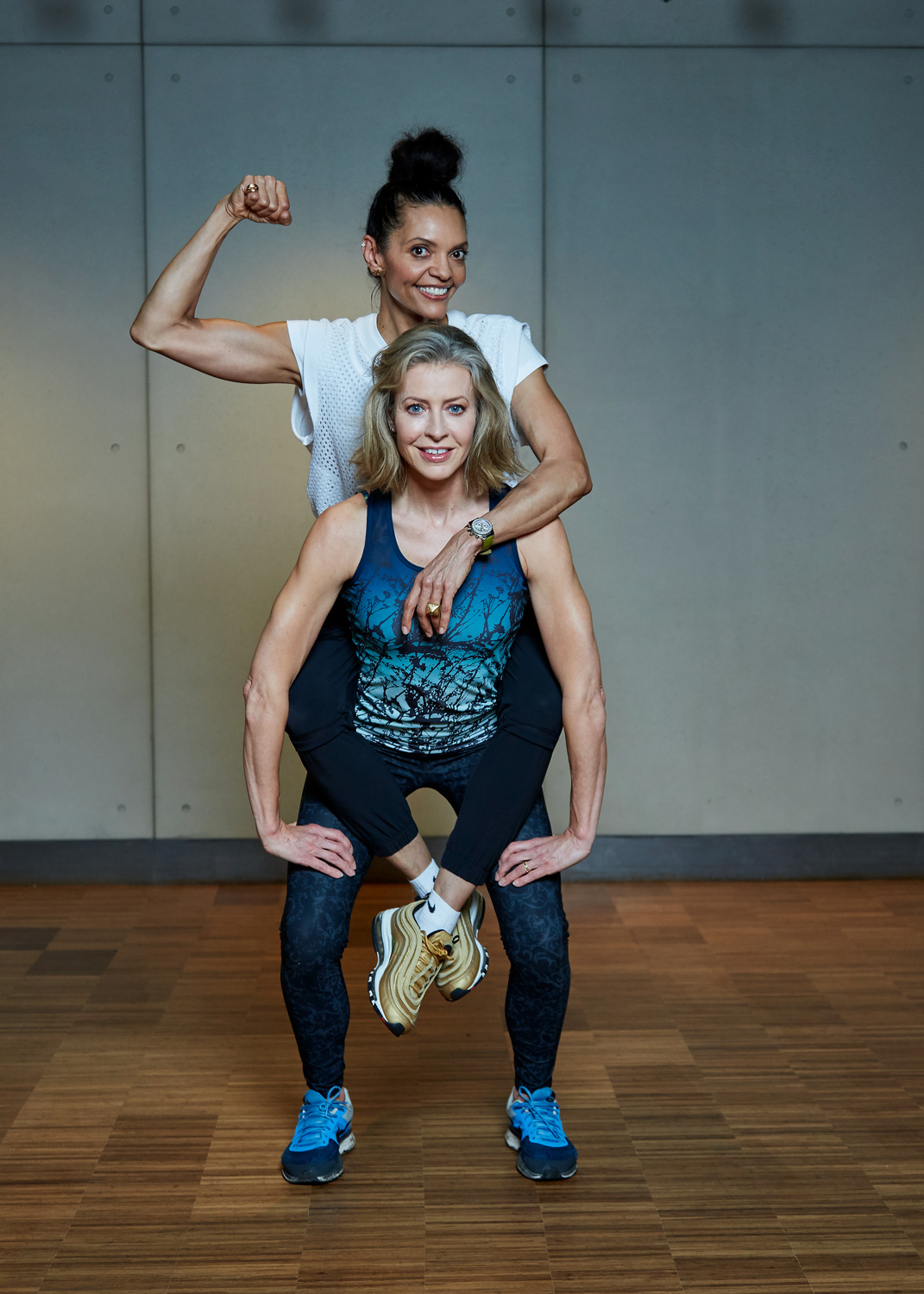 Working out with Efua Baker, photograph by Chris McAndrew at KXU. And yes my smile does look a bit strained!!

‘Keep it really solid,’ advises Efua Baker as I lower myself into a squat and brace my hands on my thighs. Next thing I know, she has scrambled onto my back and we’re both laughing fit to bust. ‘Squat the trainer!’ she commands. Wowzers! What a power move!

Efua is known as ‘the body producer’: she is a personal trainer to the stars – usually young stars who need to be whipped into cracking shape for a film role, and I had snagged a session with her at KXU, the new ‘supergym’ in Chelsea, as research for an article into Kelly Hoppen’s fitness regime.

But what didn’t hit me until we had repeated these heavily loaded squats a few times was the simple fact that I’m strong enough to do it. I would never have even dared try this five, 10 or 20 years ago.

For 25 years, I have had a dodgy back. I have always exercised, so it wasn’t from under-use, but it just ‘went’ in 1992, the way backs do, and when I started having children in 1995, it went from bad to worse. It was rarely so bad that I couldn’t walk; I still went to the gym whenever I could, but the low-level, chronic ache was a tiresome, constant companion.

Over the next 10 years, despite heavy investment in osteopaths and physios, I made little progress. I discovered pilates, that failsafe option for the spinally challenged, which helped rehabilitate my ‘core’ muscles but couldn’t prevent the lower vertebrae in my back from threatening to herniate whenever they felt I’d been overdoing things, with painful consequences.

But then I met an outstanding physio called Anna. Where other back-fixers had taken a piecemeal view of what needed doing, Anna’s approach to getting me moving again was root-and-branch. I was using all my muscles wrongly and needed to relearn correct movement patterns. This was slow and tiresome, but after five years, we were really making progress.

By this point, I was 49, and felt I needed to push myself, to get properly strong – otherwise, it would be downhill all the way to old age. Encouraged by Anna, I joined a new local yoga centre [indaba.com] offering pilates classes as well as yoga and began exploring their schedule.

Much to my surprise (I’ve always been a gym person), I adored the flowing sequences of poses, and my body learned to cope with bends, twists and stretches that I had never dared to try before. I particularly love the playful elements of yoga, the arm-balances and headstands and the way that even an ageing body like mine can be persuaded to become bendier and stronger with time. 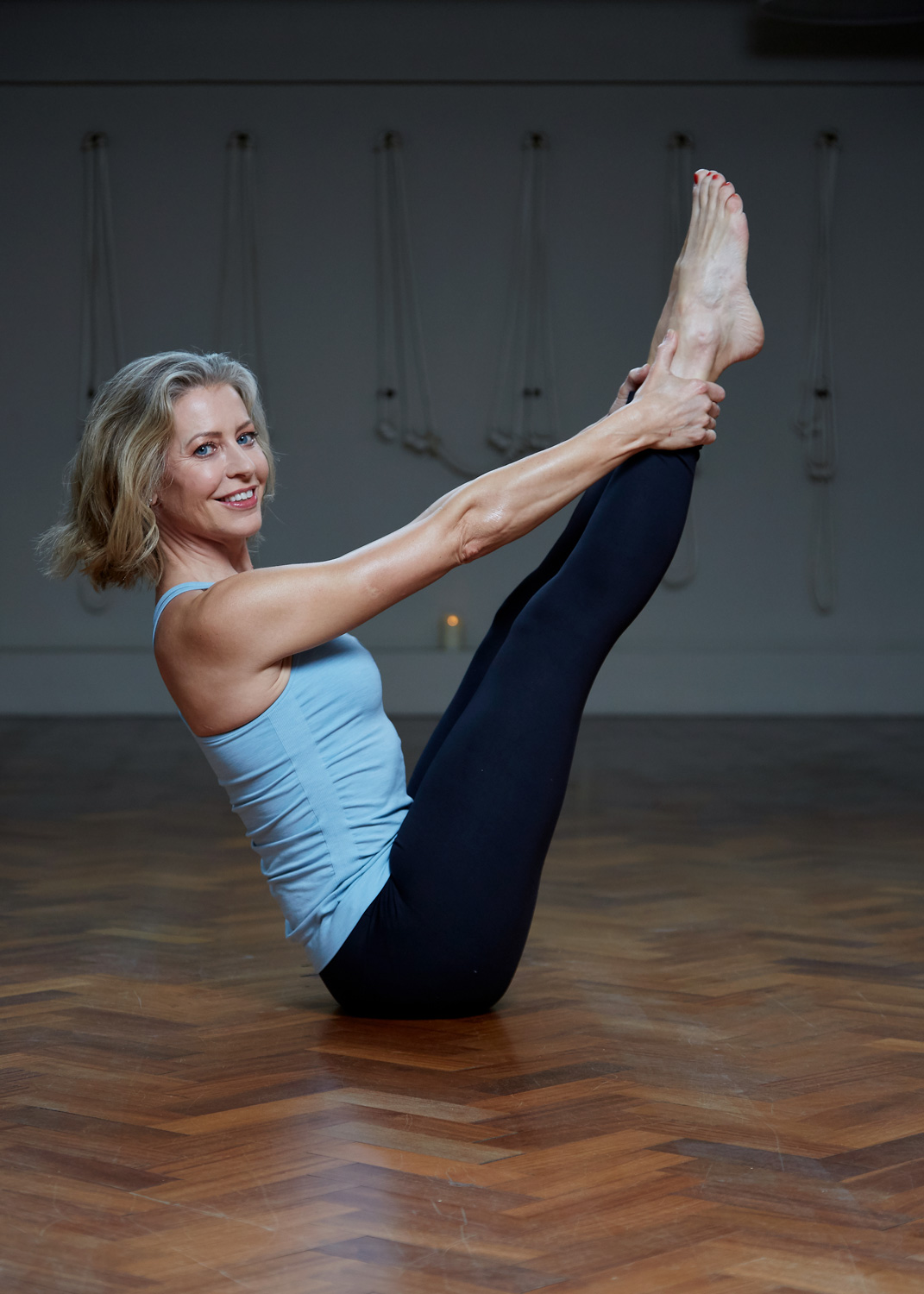 Photograph by Chris McAndrew, at Indaba

We don’t tend to think of yoga as physically challenging, but if you pick the right classes, the dynamic, faster-paced ones where you are supporting your body in side planks, down dogs and one-legged balances,  it will tone more muscles than you would imagine. And if anything went wrong, as it did from time to time, Anna was there to catch me. The icing on the cake has been weight training [at theclock.com], which I added in to the yoga last year. It’s beyond useful because we all lose muscle as we age and being obliged to do, say, more lunge-type squats per week than I’d generally like to do has woken up my lazy glutes so that they provide much better support for my back. In fact, it hasn’t ‘gone’ (as in, given way, suddenly and painfully, in the way that bad backs just do, even when you think you’ve got the better of them) in over a year, though I hardly dare type those words for fear of it striking back and going into spasm just like it used to. 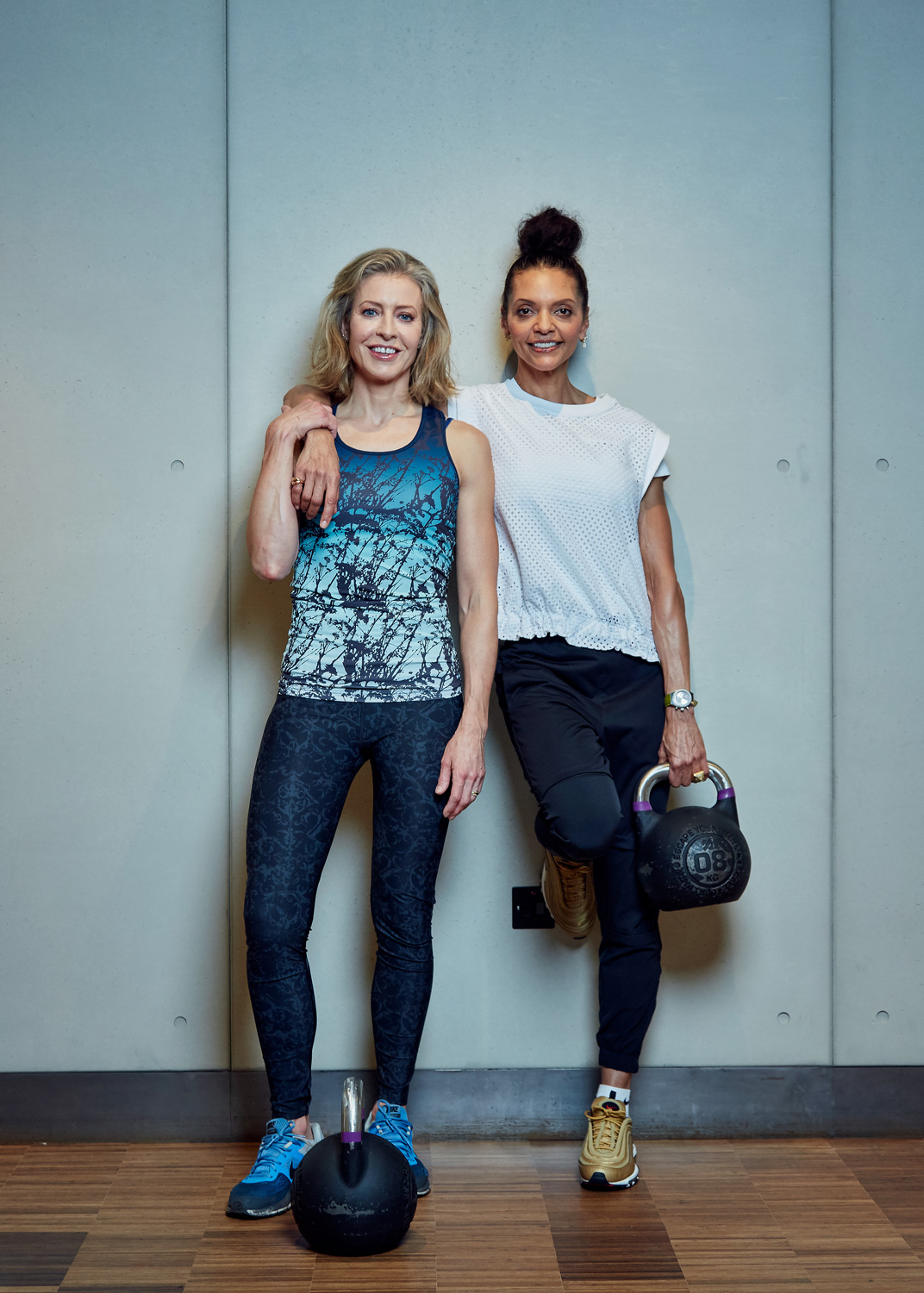 But yes. Now, I can squat there and smile for the camera with someone on my back – but please, don’t try this at home. Not unless you have someone like Anna, who’s got your back, too.

I wrote this piece, above, for the Mail – it was rewritten a good deal, not by me, before it emerged in print, link here, which is why there are discrepancies between that piece and this. I have no idea if I can ‘lift 40kg’ like it says in the piece, because the weights-work I do is with machines with weight-stacks, not with free weights  And no, I don’t have three daughters, I have two daughters and a son. Just for the record.

All the lovely photos here were done by Chris McAndrew for The Times, and make-up is by Celine Nonon. Thanks so much to KXU and to Indaba for welcoming us in for the shoots.