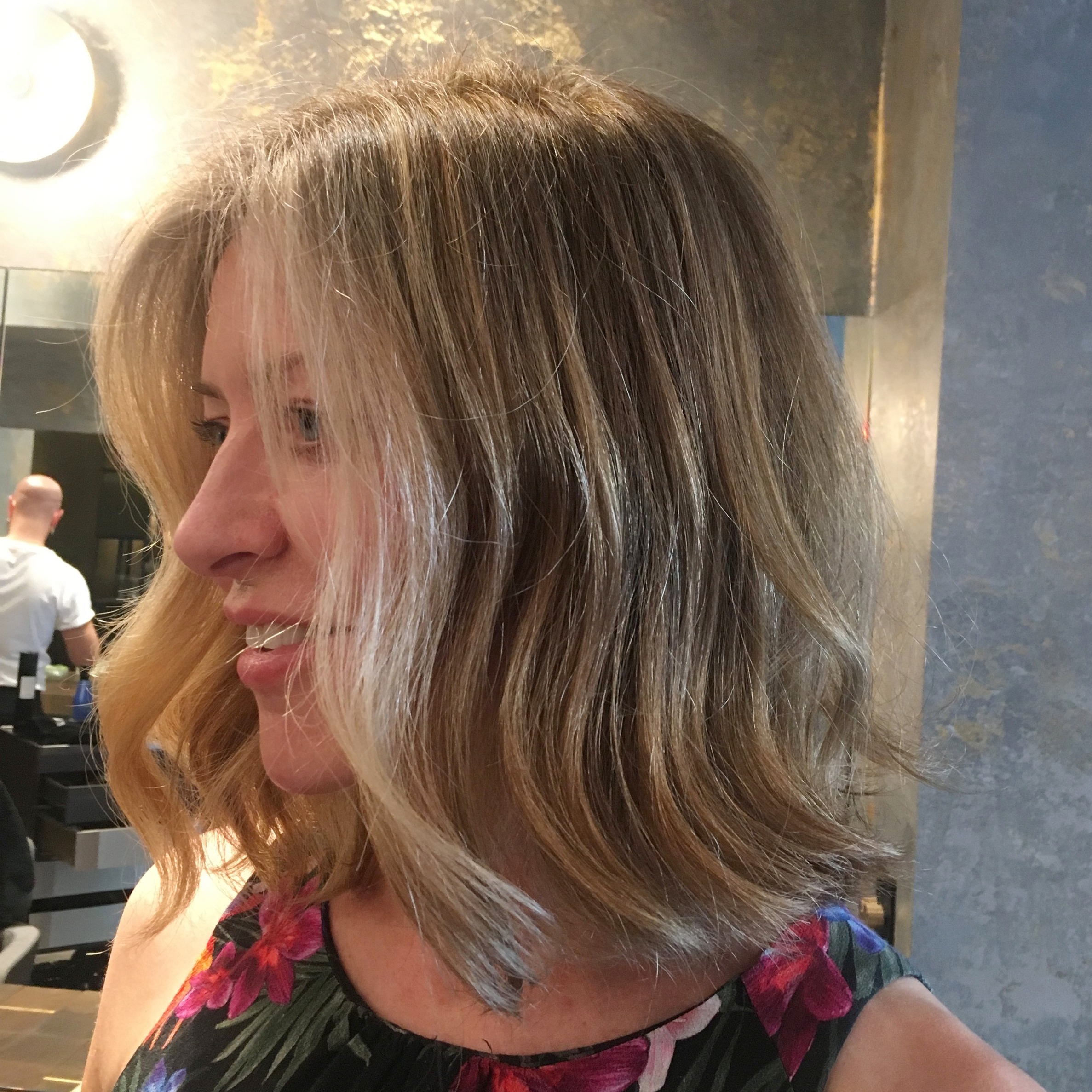 Organic hair dye isn’t something that has been on my beauty-radar. Being blonde-ish, colour-treating my hair has been more about weaving in highlights and low lights, to lighten the very-dark-blonde roots at the back and the salt-and-pepper greys that are increasingly making their way through the front of my head.

The itch to switch

But occasionally I have (for a story, naturally) had all-over colour slapped onto my head and each time, it has been alarmingly itchy, a silent scream from my scalp that makes me realise I am only so many reapplications away from a proper allergic reaction to hair dye, or more precisely, to PPD (paraphenylenediamine –  the chemical that is widely used in permanent hair dye, and the darker the dye, the more of it is used). 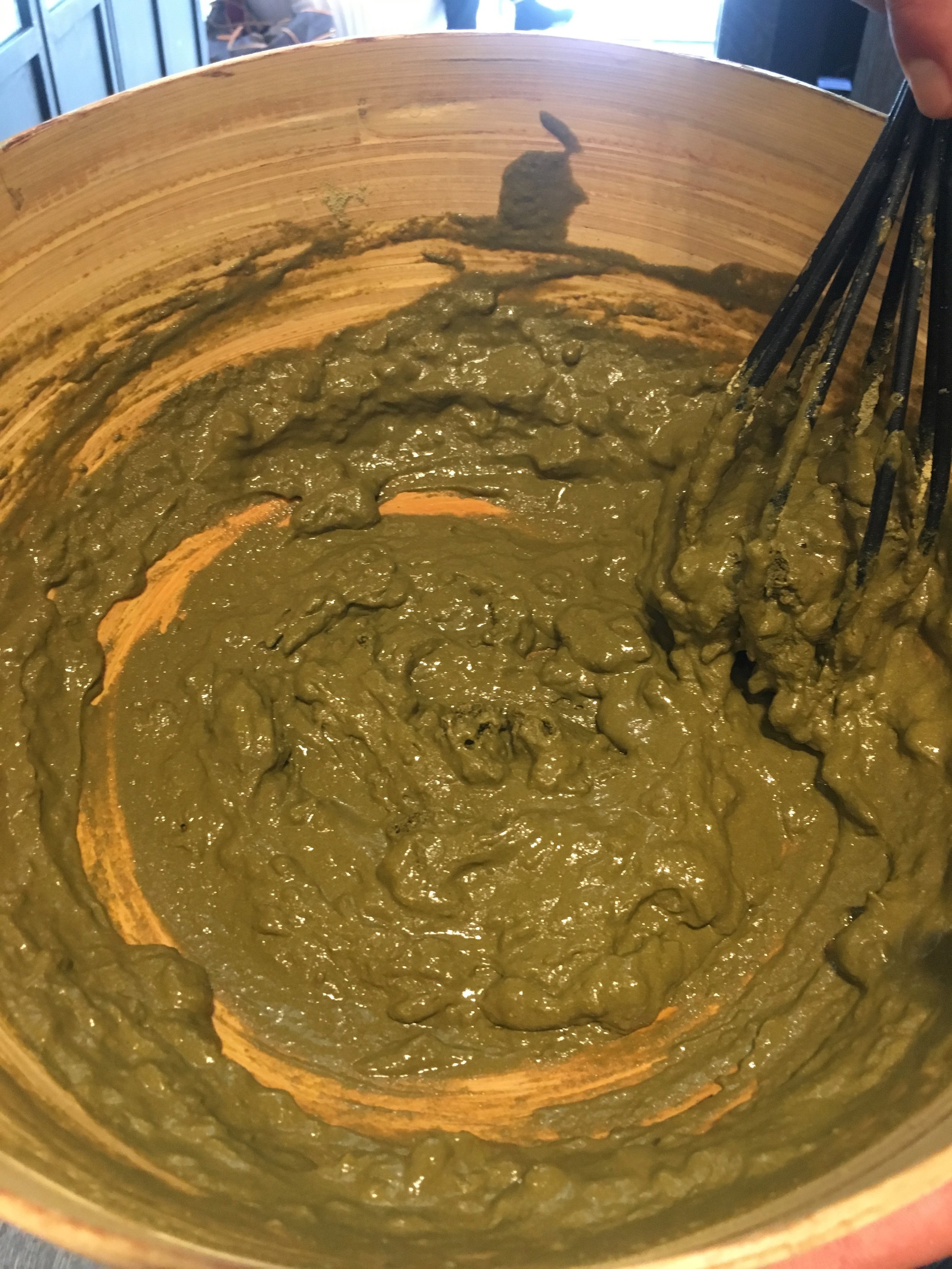 Why I haven’t thought of trying organic colour before is that – well, what is there apart from henna, which seems a bit back-to-the Seventies and also surely not the first choice for blonde hair, given that it’s basically red?

But the new organic hair colours are quite different, I was told – and I was persuaded to give them a whirl at the new Gennaro dell’Aquila salon in Notting Hill.

‘Everyone knows henna and is scared of it because it’s red,’ says Gennaro. ‘But the thing is for henna to turn hair red, it has to go through stages. It moves from a pale blonde to a deep red then to purple – so you have to catch it at the right stage. What works best is if you blend it with beneficial herbs that treat your particular hair.’ In my case, the extra turned out to be rhubarb, and he also mixed in cassia obovata, otherwise known as Senna italica, which gives a golden gloss, along with a some smoothing, moisturising emollients, which softened the power of the herbal mixture. 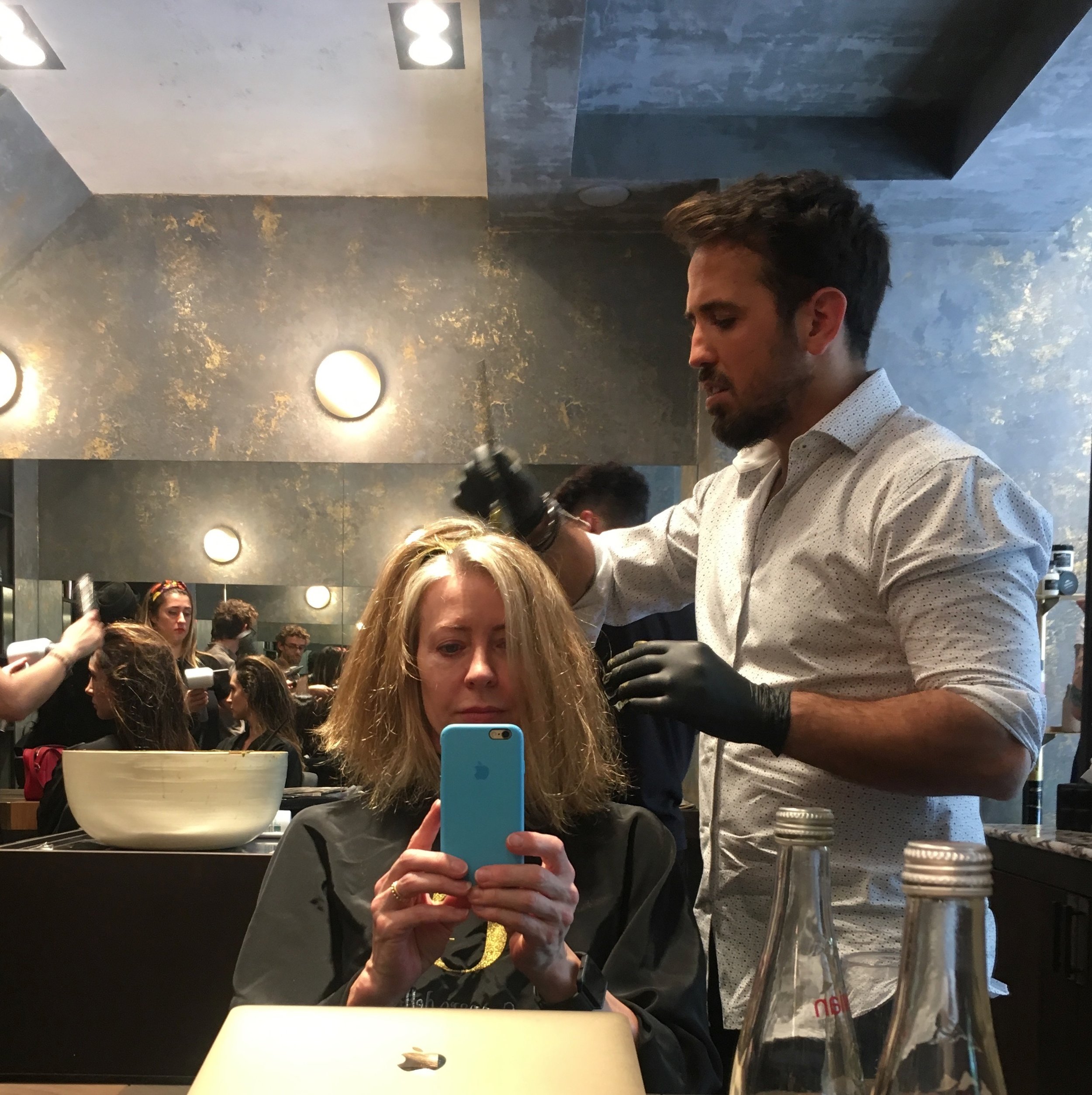 He painted the paste on in sections, leaving it for longer on the back, then adding the mid-sections, and finally, the front, which took around 40 minutes all together. During that time I sat and eyeballed the huge and beautiful macaroon that had come with my coffee, having the usual pointless discussion in my head (‘That looks gooood!’ ‘Think of the sugar content’ ‘But I’m hungry’ ‘You’ll regret it, it’s huge!’ ‘It’s just a macaroon, if you want it, eat it’, etc) and eventually gave in and ate it and can report that it was spectacularly good. 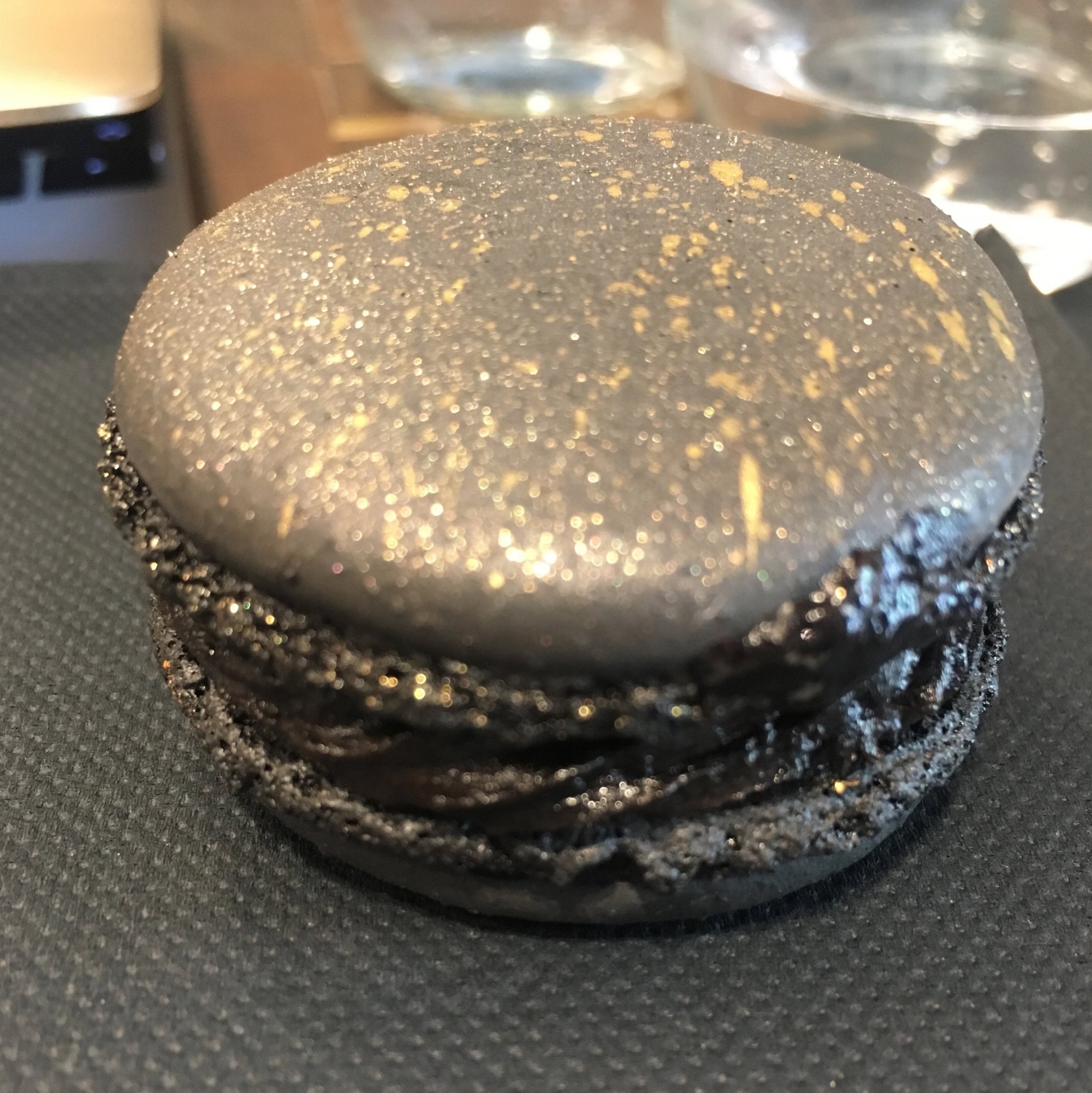 Possibly the most delicious macaroon, ever.

Gennaro has been refining his mixtures of herbal colour ingredients for the past 10 years, since he found that if he used henna on clients’ hair, ‘the results were 300% better in terms of health and shine than if I was using chemicals, so since then I have been intrigued to find a way to use natural colouring ingredients.’ 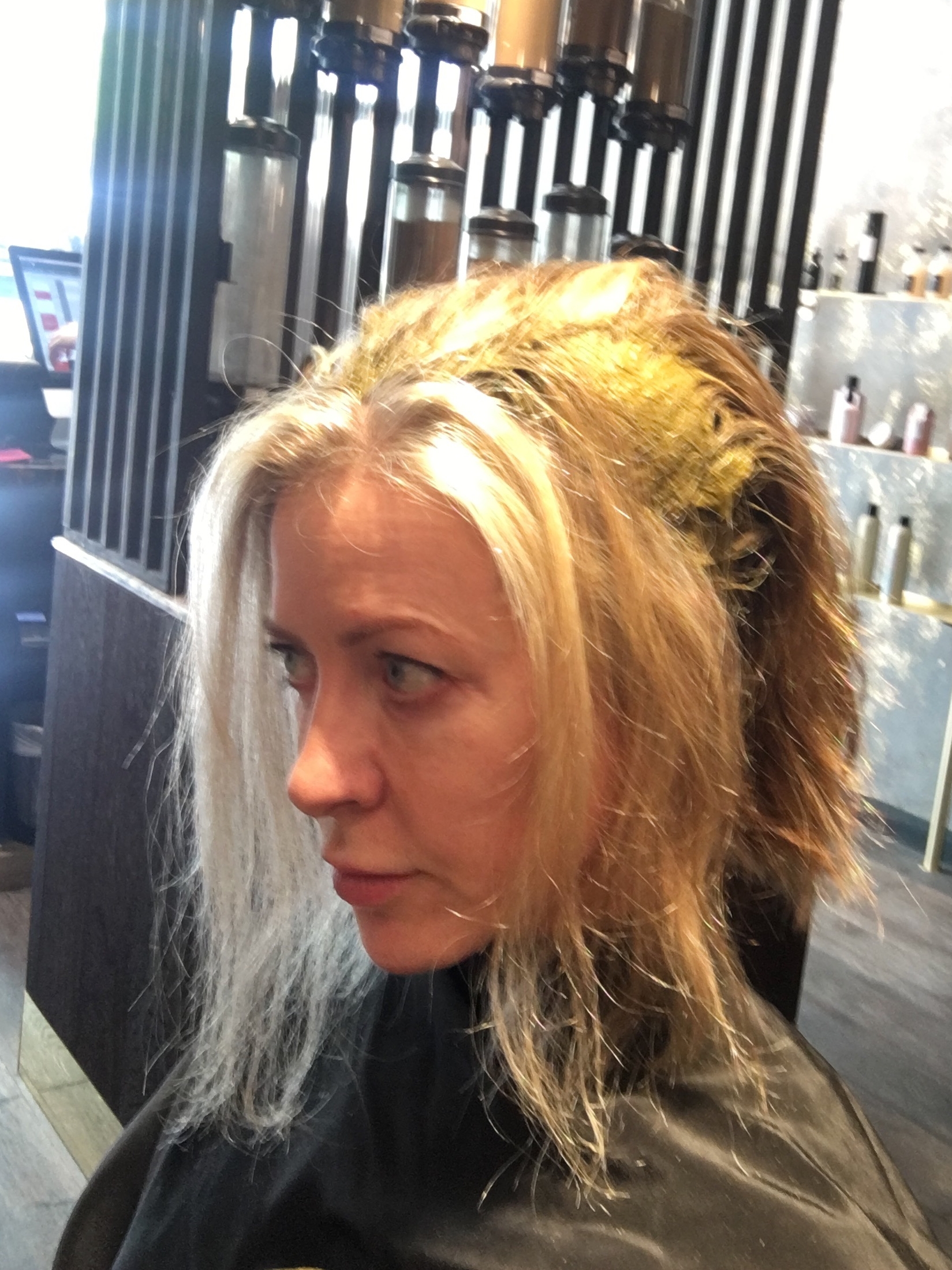 Leaving the front section til last 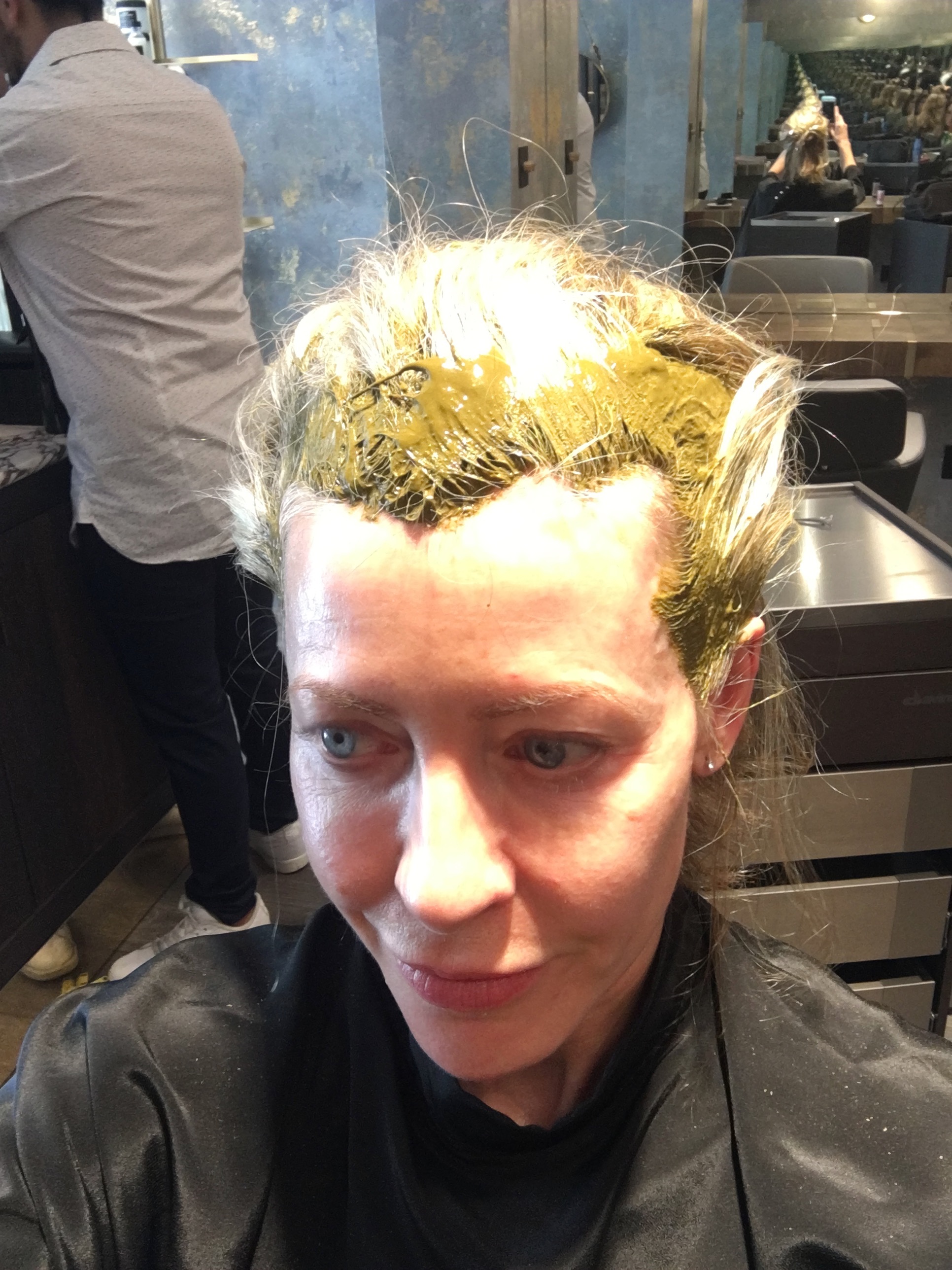 That paste looks quite green….

The salon is small and gorgeous, the six chairs constantly busy while I was in there, even though it was a Tuesday morning and the place had only been open for a week. I’m told his clientele includes celebs and royalty (which made me prick up my ears, not least because his new salon is pretty well opposite the end of the drive at Kensington Palace, but before I put two and two together and made about 16, I was told that it’s Arab royalty rather than British) – which clearly means Gennaro gets excellent results with his herbal concoctions on dark hair.

And the finished result? Just lovely. And look at that shine! 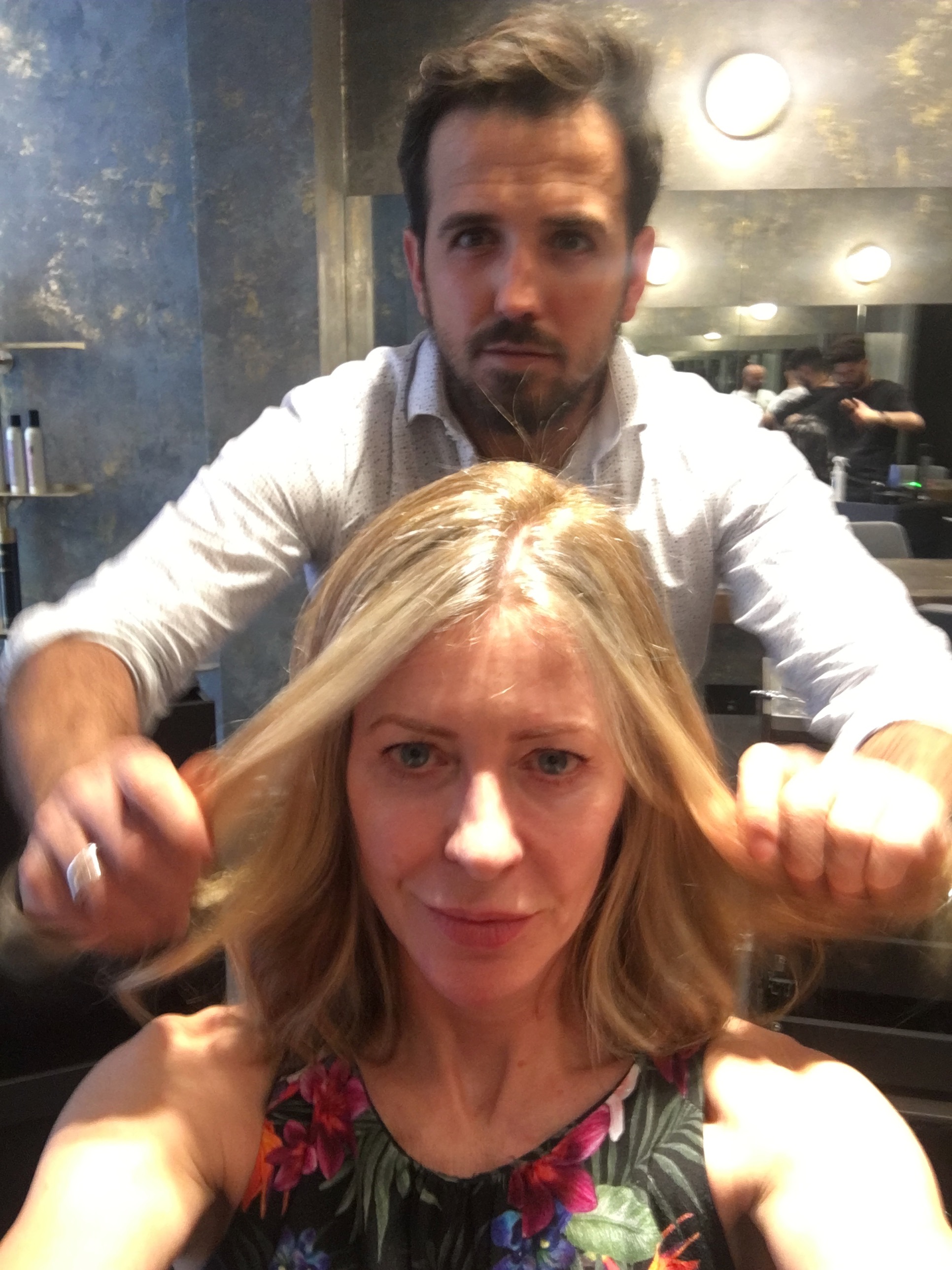 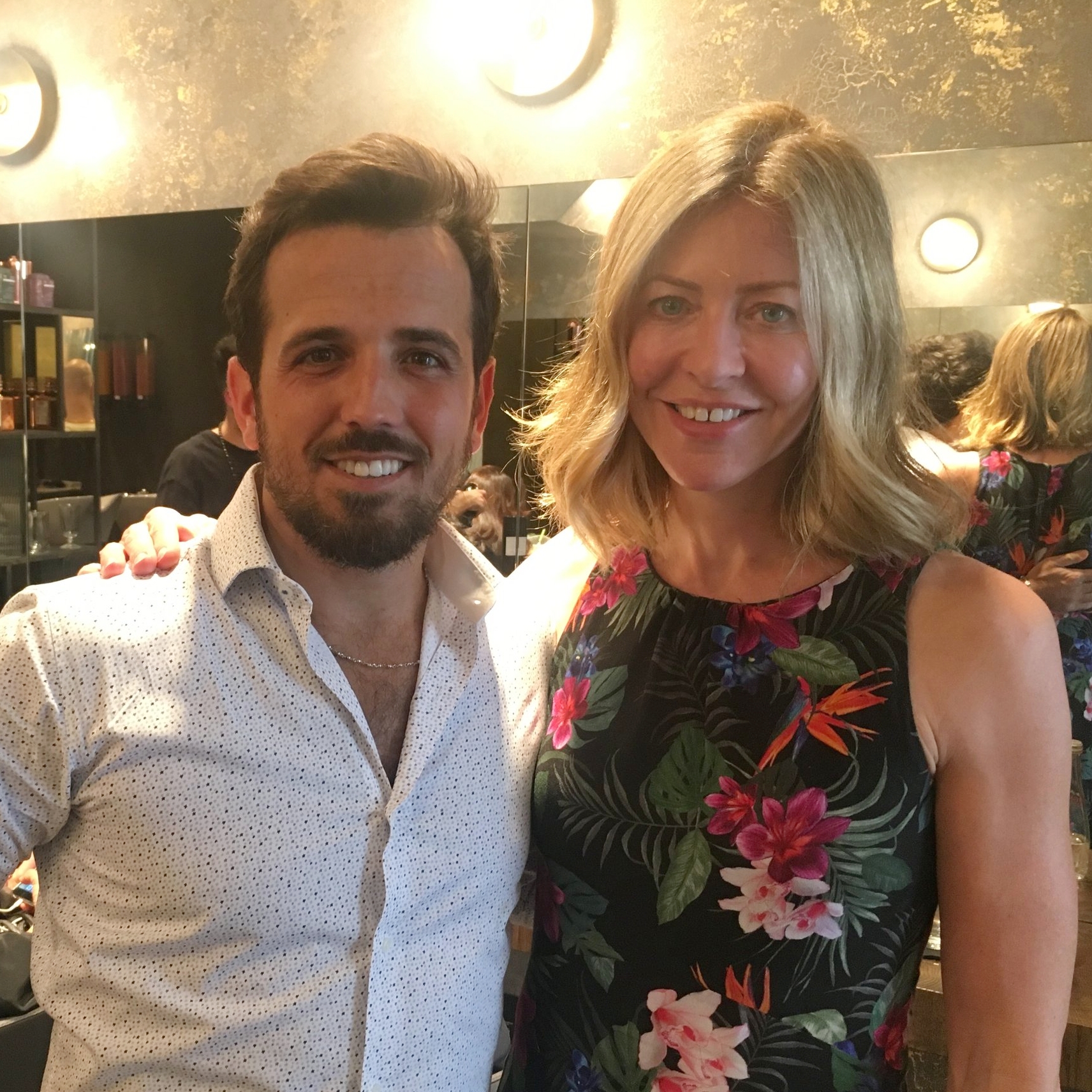