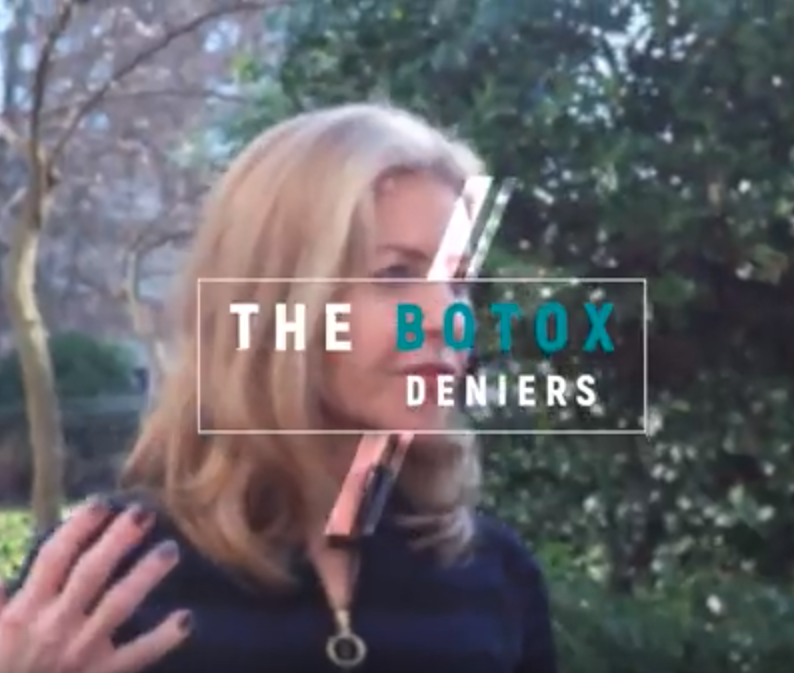 The who? The famous people and celebs who all have a good deal of help with their looks but if you see them interviewed about this, they’ll never admit it. They’ll say, “I tried Botox once and it made me look weird so I’ve never done it again”.

So, how do they look so good? They’ll say it is because they’ve gone vegan, or taken up  yoga or they’ve got some amazing new face cream. Yeah, right.

Why do the Botox deniers make me so cross?

When famous people won’t own up to the tweakments they’ve had, it makes me really cross. It’s disingenuous, it’s untrue and it is hugely unhelpful to all us normal people who look up to these idols and think, well, maybe if I try a vegan diet or daily meditation, or buy that special cream, my looks will improve, too.

what about ‘the botox backlash’?

It particularly makes me cross when I then get asked to write articles about the ‘Botox backlash’ (ie, how ‘everyone’ is giving up Botox and looking more natural). Erm, excuse me? Because it’s just not true.

How do I know it’s not true?

I interview a lot of aesthetic practitioners and if I ask them whether they’re doing less Botox these days – because so many famous people say they’ve stopped having it – first they think I’m trying to trick them. And then when I explain why I’m asking, because I want to find out about the so-called ‘Botox backlash,’ they roar with laughter and say, “You know that Botox is my number one procedure? It’s just that us practitioners are doing such a good job no-one can tell. So all the well-known people we have treated can get away with pretending that they haven’t had Botox, because our work looks so natural”.

Some practitioners tell me that famous patients ask for other anti-wrinkle injections which have different brand names to Botox, but which do the same job. Because then, if they are asked whether they have Botox, they can (almost truthfully) say, ‘No.’

So, those famous faces, have they or haven’t they had tweakments?

How can you tell if people have had a little bit of ‘help’? Do they look unusually good for their age? Is their range of expression a bit more limited than you might expect? Do their eyebrows barely move, no matter what they are talking about? Are they uncommonly free from wrinkles? Do they look scarcely a month older than they did five or 10 years ago? If the answers are ‘Yes’, then I think you know what this is telling you. And if you put them in a line-up with their school contemporaries, would they blend right in or stick out a mile?

or did they win the genetic lottery?

Of course it is possible that these good-looking, eternally-youthful-looking people just won the genetic lottery. But these days, it is also very likely that they have had a bit of help from an aesthetic practitioner, too. So if you hear them saying they’ve tried Botox once, but renounced it forever… take it with a pinch of salt.