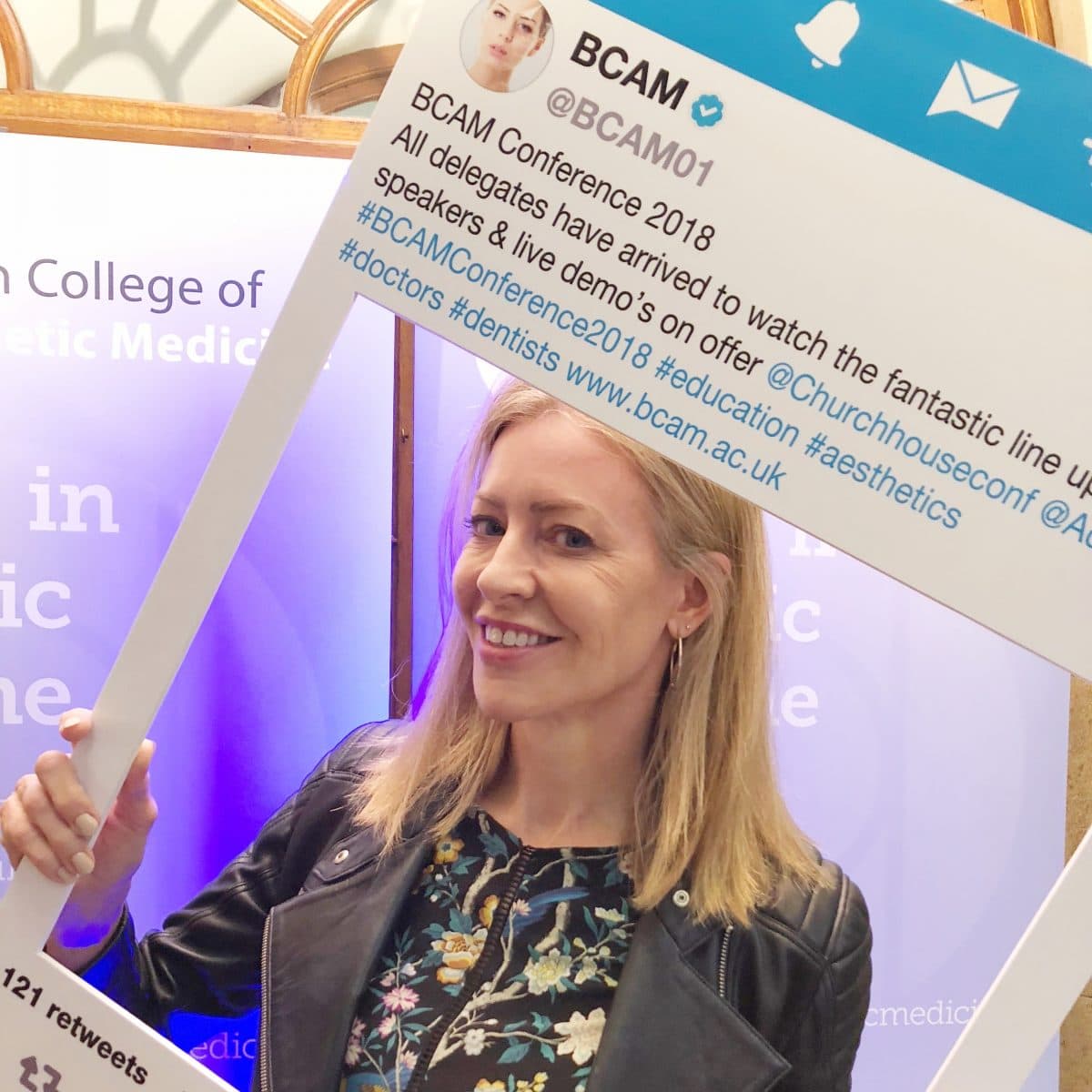 In September I had the great privilege of attending the annual conference of the British College of Aesthetic Medicine (BCAM). That might not sound like your idea of a fun way to spend a Saturday but I accepted the invitation like a shot – because BCAM consists of around 360 of the best cosmetic doctors in the UK, and getting to hear what they are focussing on gives terrific – if slightly alarming — insight into this fast-moving field.

Non-surgical nose jobs can give fabulous results in minutes

If you are a close follower of aesthetic trends, this won’t be news to you. But if you haven’t realised how injectable fillers can be used on a nose to make it look as if it has been surgically straightened, take a look at the work of practitioners like Dr Zack Ally who demonstrated at the conference just how this is done, smoothing away the prominent bump (a ‘dorsal hump’) in the middle of a patient’s nose. The four key points to inject are the top of the nose, where it meets the brows, somewhere on the mid-line of the nose, depending on which aspect of the nose you are trying to alter, the very tip of the nose, which can raise a droopy nose-tip a little and, crucially, the centre point at the base of the columella, which is the strip of cartilage that separates the nostrils. Injecting right there can hoist the whole end of the nose a fraction – and yes, it’s painful, but it’s quick.

Fillers on the nose last a reasonably long time, too (the best part of a year) because, as Dr Ally pointed out, there is so little movement in the area.

Doctors need to keep a wary eye out for body dysmorphic disorder (BDD) because as Mr Mercer pointed out, among an ordinary group of people, the incidence of BDD is 2 per cent. But among the sort of people who seek out cosmetic procedures, that figure rises to 53 per cent.

This is why some clinics now have a member of staff with training in psychology, and why most clinics have adapted their patient questionnaires to include queries that will flag up patients who have a pa It’s becoming ever more important to identify – through questionnaires, or psychological assessment before treatment, just why patients have pitched up and

Injectable fillers can change the way your facial muscles work

If you think I typed that wrong – I didn’t. Yes, usually, it is Botox that is used to damp down the way facial muscles move but using fillers to adapt muscle-action is a new and controversial technique called muscle myomodulation and here’s how it works, as described by Dr Tapan Patel.

‘If you are in the gym, and you put a support under a muscle and then lift a weight, it becomes easier,’ he explains. ‘Whereas if you put something on top of that muscle, it becomes harder to lift that weight, so the muscle can’t move so much.’

Where this is helpful is for the people like the case study he showed, a gorgeous woman who, because of an imbalance in her facial muscles, looked less attractive when she smiled – her upper lip pulled up making her smile gummy, and her eyes scrunched up and looked baggy, when they weren’t at all.

Careful placement of filler above the overactive muscles gave a lovely result.

Only one clinical paper has been published on muscle myomodulation – in Aesthetic Plastic Surgery in March this year, by Dr Mauricio de Maio — so I’m sure we’ll be hearing a lot more about this in future.

You must always go to a competent, experienced, qualified practitioner…

This ought to go without saying, but many people prefer to economise, with disastrous results.

Dr Patrick Treacy has wide experience in any aesthetic procedure you care to name, but what he is best known for among doctors is his vast experience in managing complications. He lectures on this around the world, and his pictures of what happens when fillers go wrong and skin begins to die around them are pretty gruesome. He sees one major complication every weekday, and three on Sundays. And that’s just in his clinic in Dublin. In his inbox and on social media, the complications are pouring in 24/7.

Many of these complications are following treatment by beauticians, who do not have the experience, skill or knowledge base that any BCAM doctor will have. I think you get the point.

So think of this if you are tempted to cut corners. Do your research, and find a good doctor. There are plenty of them out there, and you can always start your search with the BCAM website.