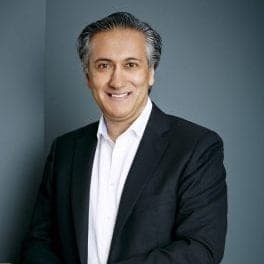 Dr Aamer Khan is a leading expert in non-surgical cosmetic procedures and has been offering aesthetic treatments since 2004, when he co-founded The Harley Street Skin Clinic with his wife, aesthetic skin expert Lesley Reynolds. He is known both for his technical skill and his aesthetic eye when it comes to preserving youthful looks.

After graduating from The University of Birmingham in 1986, Dr Khan has amassed knowledge in areas as diverse as Human Psychology, Psychiatry, Surgery and Dermatology. In 2004, he became a full-time Cosmetic Doctor, channelling his love of aesthetic treatments into his own practice.

Since then Dr Khan has dedicated 15 years to perfecting the advanced treatments, that both reverse the signs of ageing and preserve existing youth. He is renowned and revered for his finely-tuned eye as well as his very gentle and subtle approach to cosmetic enhancement. He has achieved this through pioneering and applying specialised non-invasive treatments designed specifically to keep the surgeon’s knife at bay.

He is best known for his combination thread lift treatments, such as the Silhouette Soft Face Lift and The Khan Signature Face Lift, as well as for his skills as a highly experienced cosmetic injector.

He has earned the respect of his peers and is frequently recognised by the media – not only for his incredible results, but also his charity work and roster of celebrity clientele. He frequently makes appearances on television and radio as well in many national newspapers, magazines and web articles. In 2018, he was the recipient of the Health and Rehabilitation Award from the British Armed Forces, celebrated for his work in reconstructive surgery and scar revision within the military community.

Dr Aamer Khan has been practising for 15 years and offers the following tweakments: