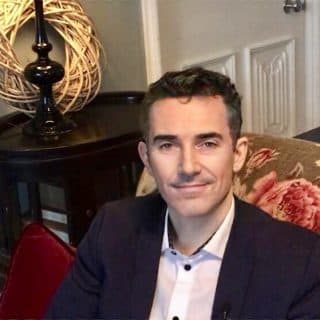 Top UK surgeon and senior spokesperson for industry body (BAAPS), Mr Gerard Lambe MB ChB MRCS FRCS(Plast) is known for his impeccable skill and his compassionate manner. Gerard specialises in facial and anti-ageing enhancement (surgical and non-surgical), offering a wide range of non-surgical aesthetic procedures.
He is the approachable and yet authoritative face of cosmetic surgery in the UK and a regular on ITV’s This Morning. He has appeared in The Telegraph, The Guardian, The Observer magazine, Daily Mail and Mail Online, Harpers, Vogue and spoken on BBC Radio 4 as well as appearing on BBC Breakfast and others.

Considered one of the UK and Europe’s top consultant cosmetic and plastic surgeons, Mr Gerard Lambe is recognised for his impeccable skill and compassionate manner. Gerard specialises in facial and anti-ageing enhancement (surgical and non-surgical). Known as Mr Mummy Makeover, Gerard is credited for his dramatic combination body and face transformations and he is known by many as the go-to surgeon for eye-lifts in particular. One of his key surgical areas is breast augmentation and he is often invited to speak and demonstrate his skill and expertise in this area in the USA, Middle East and Europe.

AFTER-CARE: Gerard is especially committed to aftercare including skin and scar improvement post-surgery – one of the many areas overlooked in the industry. This has won him many high profile clients including pop stars and celebrities, as well as many of the ‘footballers wives’ and ladies from the ITV show ‘Real Housewives of Cheshire’.

As one of the few top surgeons in the UK to continue an NHS practice alongside his private work at The Reflect Clinics in Cheshire, Manchester and now London (located at the Spire Group) – he is admired for remaining ‘in touch’ with the world of reconstructive surgery. This has led to many referrals from top private ‘Harley Street’ colleagues for corrective surgical procedures for patients who have experienced ‘botched’ procedures.

Mr Lambe is the lead reconstructive breast surgeon at the world-renowned Christie Hospital where he treats women undergoing breast cancer-related surgery. This work has led him to being an active campaigner and charity fundraiser for Breast Cancer Care and Macmillan.

As a key spokesperson for BAAPS and he is considered internationally as “the leading voice on safety and regulation” in UK cosmetic plastic surgery. He was invited to speak at the 2018 CCR on tighter regulations and how surgeons can respond to crisis issues.

Mr Gerard Francis Lambe has been practising for 20 years and offers the following tweakments: