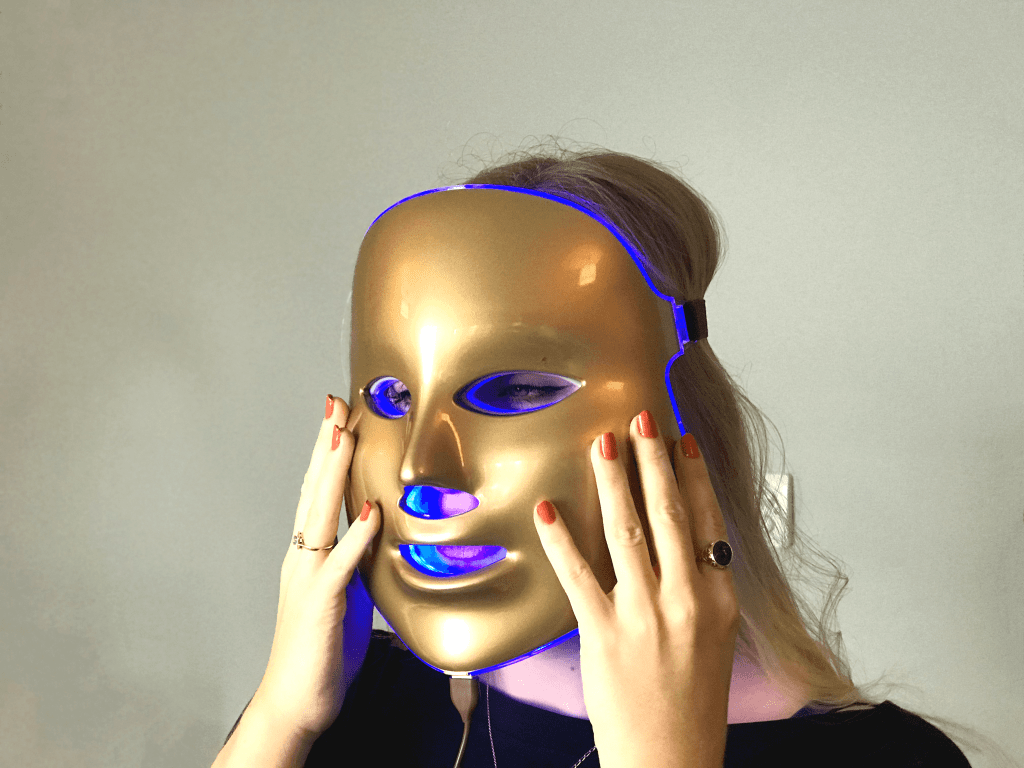 I’ve put together a factsheet with all the information on this page, feel free to enter your details to download it and read it at your leisure.

What is LED blue light therapy?

LED blue light therapy is a treatment for clearing acne bacteria on the skin using blue LED light. This is a treatment that you can either have at a clinic or administer to yourself with a home-use device. LED blue light treatment is as easy as relaxing for around 20 minutes in the cool glow from a large canopy studded with small LED bulbs, or wearing a face-shaped mask which has LED bulbs on the inside.

To be honest, it feels like almost nothing. The LEDs produce a cool light, so it doesn’t even feel warm. All you have to do is turn up, lie on the treatment couch, and relax while the light glows at your face.

LED light therapy – with any of the colours of light used – is also the only treatment I can think of that defies the usual maxim of ‘no pain, no gain’ which applies to most tweakments.

What does LED blue light therapy do?

Blue light helps denature P. acnes, the bacteria that causes acne. It won’t stop spots from forming in the skin, but it will reduce the redness and inflammation by knocking out the bacteria on the surface of the skin that are provoking spot formation.

Because blue light only works at a surface level, it doesn’t kill bacteria deep in pores in the skin. As with red light, you can get treatment at a clinic or salon, in which case you will need to visit once or twice a week, or you can try using a home-use device, which you will need to use more regularly.

Home-use LED devices are less powerful than the light sources used in clinics, but they can still be helpful if you are diligent about using them.

Where can I get LED blue light therapy?

Most cosmetic clinics and many beauty salons now offer light treatments. Red light therapy is the most common, but many clinics offer LED blue light therapy as well.

You can use the Find a Practitioner tool on this website to find a clinic or practitioner for LED blue light therapy.

How much does LED blue light therapy cost?

A session of LED blue light therapy on its own costs around £30 to £50, depending on the clinic. To reduce acne substantially, you will normally need to have a course of four to six sessions over several weeks, followed by maintenance treatments every three months or six months.

A LED blue light therapy session takes around 20 minutes. A typical regime would be two sessions per week.

Are there any side effects to LED blue light therapy?

It’s easy to understand why people are nervous about getting anti-wrinkle injections such as Botox. After all, botulinum toxin Type A, to give it its proper name, is derived from a nerve poison; and yes, if it is badly done, it can look awful. But there's a lot of information out there about Botox and other anti-wrinkle injections that ISN'T true. Here are five myths, busted.

END_OF_DOCUMENT_TOKEN_TO_BE_REPLACED

The Tweakments Clinic returns in February 2020

Heads up for my next Tweakments Clinic event, which will be on Tuesday, 25th February in association with the globally renowned Dr Rita Rakus Clinic.

END_OF_DOCUMENT_TOKEN_TO_BE_REPLACED

Anyone for fluorescent light rejuvenation? Regular readers of my content will know I'm a fan of the way red light can regenerate and heal the skin. So I was intrigued to hear of a blue-light treatment that claims great results for rejuvenating the skin, as well as for clearing acne.To find out what a course of four short treatments can do, TTG asked Emma Fulton-Price to put Kleresca treatment to the test at the Springwell Clinic in Marlow.

END_OF_DOCUMENT_TOKEN_TO_BE_REPLACED 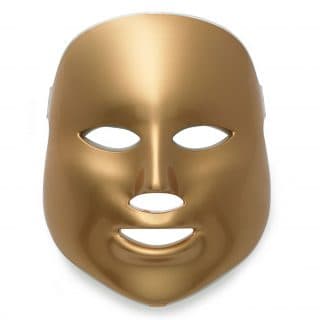