Do you want to get rid of those ‘eleven’ lines – you know, the vertical tramlines – between your eyebrows so you don’t look permanently irritable? One way of reducing or eliminating these lines is by having wrinkle-reducing injections to reduce the ability of the underlying muscles to contract and produce the lines. Scroll down for all the FAQs on wrinkle-relaxing injections. 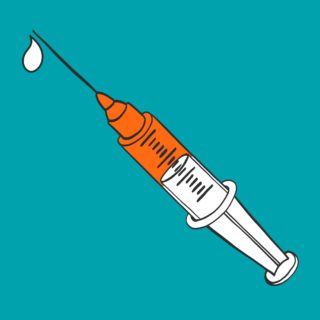 What are wrinkle-relaxing injections?

Wrinkle-relaxing injections are injections of neurotoxins – nerve poisons – to reduce the ability of specific muscles to contract, and thus relax wrinkles in the skin above those muscles. Wrinkle-relaxing injections are widely used on the face to reduce dynamic lines and wrinkles on the forehead or around the eyes. (‘Dynamic’ lines are the ones formed as a result of muscle movement. When you raise your eyebrows and your forehead crinkles, those are ‘dynamic lines’). They are also used on other areas, such as to smooth a stringy or wrinkly neck.

What’s the difference between anti-wrinkle injections and toxins?

Anti-wrinkle injections are injections of neurotoxins, poisons that damage or destroy nerve connections. Some of these neurotoxins are used for cosmetic purposes; of these, toxins is the best-known brand and most widely used. In the way that ‘Hoover’ became the name that many of us use for all brands of vacuum cleaner, ‘toxins’ has become the catch-all term for all types of botulinum toxin injections. But it is actually a brand name, which is why it always has a capital B. Other botulinum toxins branded for cosmetic medical use include Azzalure, which is the EU version of the neurotoxin elsewhere called Dysport, and BoCouture.

What’s the difference between anti-wrinkle injections, toxins, and dermal fillers?

There’s a huge difference. Anti-wrinkle injections, of which toxins is an example, are one thing. Dermal fillers are something else entirely.

Anti-wrinkle injections, as above, are injections of cosmetic neurotoxins, and toxins is the best-known brand of these.

Injections of toxins or another anti-wrinkle neurotoxin have the effect of softening lines and wrinkles on the area into which they’re injected. The neurotoxins work by reducing the ability of the muscles to contract. They are most commonly injected into the forehead, to soften frown lines.

Dermal fillers – fillers injected into the skin – are completely different from neurotoxins. Fillers are used to add shape and structure to the face, and to replace the volume that gets lost as our fat pads shrink with age. For example, fillers are frequently injected into the cheeks and lips, to stop them looking deflated, or along the jawline, to make it look firmer.

So: anti-wrinkle injections, including toxins, relax muscles to soften wrinkles; fillers add shape and volume, to resculpt the contours of the face.

Yes. Treatment with toxins or other wrinkle-relaxing injections is straightforward and effective. The main question is whether you would like the results. To end up with a result you’re happy with, you need to find a sympathetic practitioner who will listen to what you want in terms of treatment (rather than simply doing what they always do or what they think would be best for you) and discuss it all thoroughly before moving on to treatment.

For more, read my blog about Five Questions to Ask before getting toxins.

Wrinkle-relaxing injections are considered safe. As with any poison, the effect depends on the dose: the neurotoxins can be lethal in large amounts – but then, so can paracetamol or aspirin.

In the UK, toxins and the other neurotoxins are prescription-only drugs, so they have to be supplied by a medical professional who is qualified to prescribe. That means a doctor, a surgeon, a dentist, or a nurse-prescriber (a qualified nurse who has taken a further course to become a non-medical prescriber). The injections can legally be given by someone working under the supervision of that qualified professional, though the prescriber is the one who takes responsibility for the treatment.

How do wrinkle-relaxing injections work?

The practitioner carefully injects precise quantities of the neurotoxin into the muscles underlying the area in which you want to relax the wrinkles. The neurotoxins work by reducing the ability of the muscles to contract.

Studies so far indicate that there is little if any difference in effect between toxins, Azzalure/Dysport, and BoCouture. That said, your practitioner may feel that one neurotoxin is more suited to your needs than another. For example, Azzalure/Dysport spreads out further from the injection point than toxins does; this difference is sometimes helpful, sometimes not helpful, and sometimes moot.

Where can I get wrinkle-relaxing injections?

You can use the Find a Practitioner tool on this website (follow the link here) to find a practitioner who offers wrinkle-relaxing injections.

How much do wrinkle-relaxing injections cost?

Wrinkle-relaxing injections cost from roughly £200 upward. The cost varies considerably depending on the practitioner and the clinic, and the number of areas that you are having injected. The ‘glabellar’ area between the eyebrows is one area, the crow’s feet at the sides of the eyes is another area, the forehead is a third area…

You’ll feel the injections, as usual, but the needles are very small and the volume of liquid injected is minuscule, so there’s very little pain. If you are sensitive to pain, you can numb the treatment area beforehand with anaesthetic cream or an ice pack; discuss this with your practitioner beforehand.

How long do wrinkle-relaxing injections take?

Wrinkle-relaxing injections normally take only 10 minutes. If you need anaesthetic cream, that will add 30 minutes to the treatment time.

How long do wrinkle-relaxing injections last?

Wrinkle-relaxing injections typically last from three to six months. Exactly how long depends on several factors, which I go into in more depth in my blog post on How Long Does toxins Last?

Are there any side effects to wrinkle-relaxing injections?

Wrinkle-relaxing injections can have the following side-effects:

If a practitioner uses too much neurotoxin, or injects it inexpertly, the following problems can occur:

I’ve had enough toxins with different doctors over the past 15 years to know good injectors when I find them, and Dr Tapan Patel, who spends a lot of time teaching toxins masterclasses to other practitioners, is one of the very best. He takes pictures of my face – at rest, smiling, frowning, and gurning – to see which of my face muscles are overactive. He then injects tiny amounts of toxin into the muscles that produce that annoying pleat of skin between my eyebrows, and even less into the ones that lift my brows up and down. He does it so calmly and carefully that I barely feel the needle – and that’s without anaesthetic. It takes all of 10 minutes.

The toxins begins to kick in after four days. It feels as if my forehead is becoming sluggish when I try to move it. But that’s what I want. After two weeks, when I return to be assessed, my face looks terrific. The frown-pleat between my eyebrows is smoothed away, but I can still show interest by lifting my eyebrows, just not as much as before. And he’s done it without giving me the dreaded ‘Joker’ eyebrows, which shoot up too sharply at the corners. Magic. Over the next two months, the lines on my forehead almost vanish, because the skin isn’t constantly being squeezed up into furrows, and it is four months until I need to go back for more.