FOLLOWING MY NOSE: MY QUEST TO IMPROVE MY SENSE OF SMELL 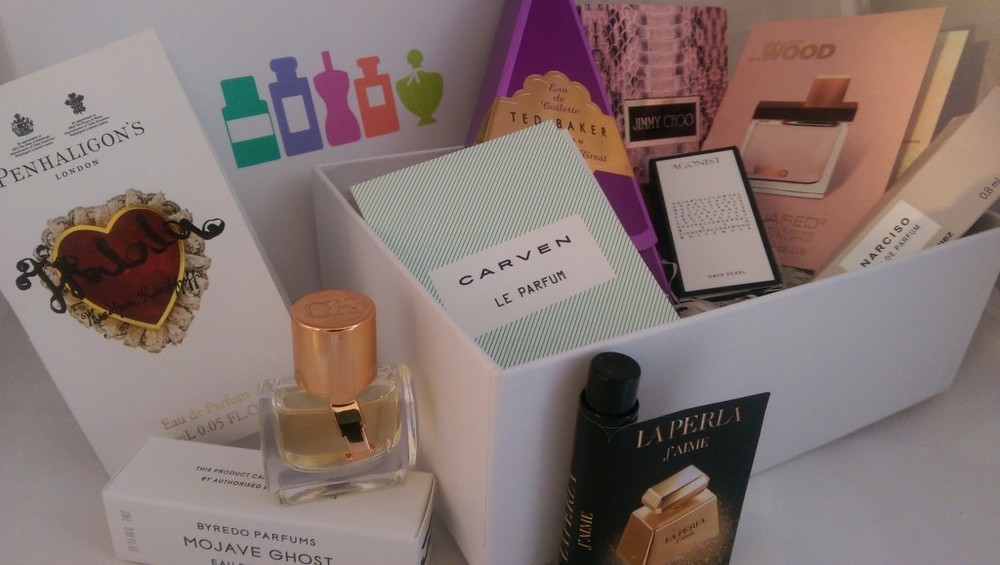 THE THIRD PERFUME SAMPLE that was passed round smelled of almost nothing. At least, of nothing nice. There was a thin, sharp whiff coming off it that reminded me of cheap soap. But when the rest of the group started talking about it, my jaw dropped. One after another, they waxed lyrical about the citrus top notes… and the unmistakeable, gloriously rich smell of sandalwood.

If I’d needed confirmation that my nose was rubbish, here it was. I’d come to the ‘Improve your Sense of Smell’ workshop with high hopes, but I couldn’t even pick up sandalwood when it was wafted under my nose.

Much as I love perfume, I am embarrassed by my dunce of a nose. In many years as a beauty journalist, I’ve learned to tell the luxurious bouncy texture of an expensive face cream from the greasy ‘slip’ of a cheap one, to marvel at the creativity of lipstick formulations and the engineering that goes into a mascara wand. But when it comes to scent, although I’ve learned the descriptive language of spicy orientals and fizzy aldehydes and the way a fragrance is structured with its top notes (which are what you smell first), heart notes and the ‘dry down’ base notes that are left when the initial impact has faded away, I hardly dare to admit how lousy I am at interpreting the smell of the ‘juice’ (the stuff in the bottle. Oh yes, I know all the terms). If I’m talked through a perfume while sniffing it, I can catch the various notes, but I’ve never learned to do it unprompted. When I’m writing about it, basically, I’m bluffing.

That’s why I had gone to the workshop, which is run by the beauty guru and parfumista Jo Fairley. With Lorna McKay, another fragrance-smitten beauty-industry expert, Jo has recently launched The Perfume Society which is all about scent appreciation. There’s a website stuffed with information, a brilliant virtual fragrance adviser called FR.eD and a series of fragrant events, like this workshop.

‘My real mission is to get people to improve their sense of smell,’ says Jo. ‘Most of us just don’t use it these days, unless it’s to spot that we have left the gas on. We don’t rely on it in the way our ancestors would have and the neural pathways in the brain that relate to smell have dwindled through lack of use.’

Encouragingly, she told us that we can rebuild those pathways. She even admits that her own sense of smell wasn’t so fantastic and that she found it difficult to describe scents in words — until she had the bright idea of asking some of the world’s very best ‘noses’ — the fragrance creators — for help. 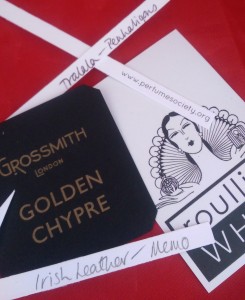 The tips they gave her sound so simple that it seems extraordinary that they’re not more widely known. Master Perfumer Jacques Cavallier (the best-known of his many creations is L’Eau d’Issey, for Issey Miyake) advised that all you really need to do is start smelling perfumes in a disciplined way — two every morning when your nose is clear — and write down what they suggest to you. Not the ingredients, like rose, or tobacco, as much as the people, or places or concepts that come to mind. If you’re struggling, as Jo found she was, ask yourself what type of fabric this smell would be. That’s a brilliant tip, which came from Karyn Khoury, the genius behind all the fragrances in the Estée Lauder group portfolio. One tip I didn’t understand, until I found a scent to test it out on, was that if something smells like the inside of a sack of potatoes (heavy, earthy, a touch smoky), it’s vetiver. That one came from the great Jean Kerléo, who created many of Patou’s best-known fragrances.

I started experimenting keenly, working my way through a box of the samples that The Perfume Society sends out to subscribers and littering my desk with spills (the blotters used for testing scent) and scraps of paper saying things like ‘silk scarf/ sweetness/ bakery’ or ‘crisp linen/ suave/ sunshine/ Italian’. Smell, I know, is the only one of the senses that bypasses the thinking bit of the brain and goes straight to the limbic system, the part that deals with emotion and memory, which is why some smells hold such power for us.

I didn’t feel I was getting anywhere, but reasoned that like doing yoga or trying to meditate, it was the practice, the actual doing of it every day, that mattered; the results would come in time. Then I got a cold, and gave up. 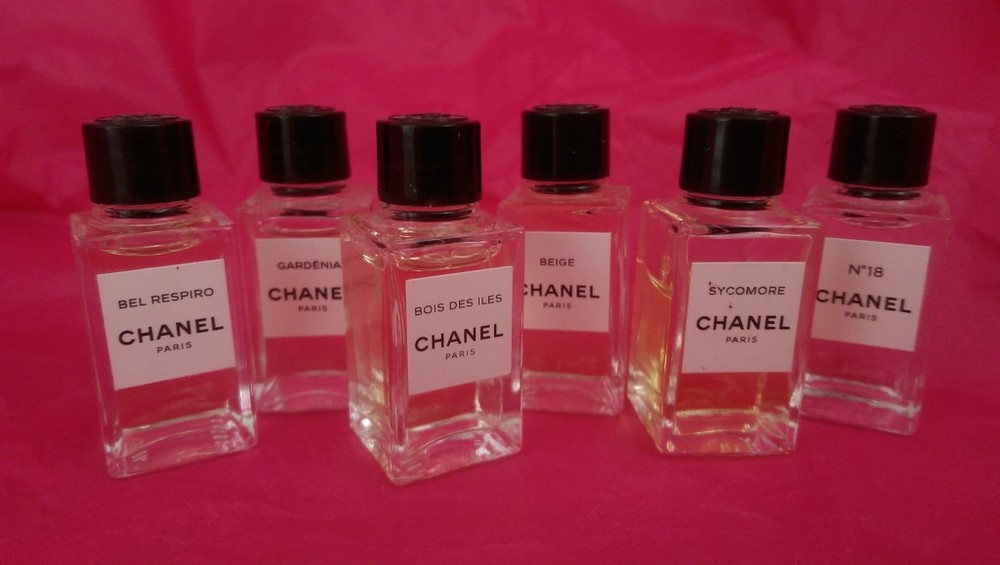 Brooding on all this while cooking the family supper, I realized that my sense of smell isn’t so bad when it comes to food, which must be because I have become familiar over time with the smells of food, herbs and spices. I bet chefs have good noses. Another week on, determined to keep going, I dug out perfume samples lurking in my study and worked through Chanel’s Les Exclusifs; my favourite is Jersey (an understated, cuddly cashmere scarf of a fragrance), and Memo’s exuberant range (I can’t choose between Irish Leather and Italian Leather, one ‘green’ and thick and leathery, the other dark and pungent and even more leathery). 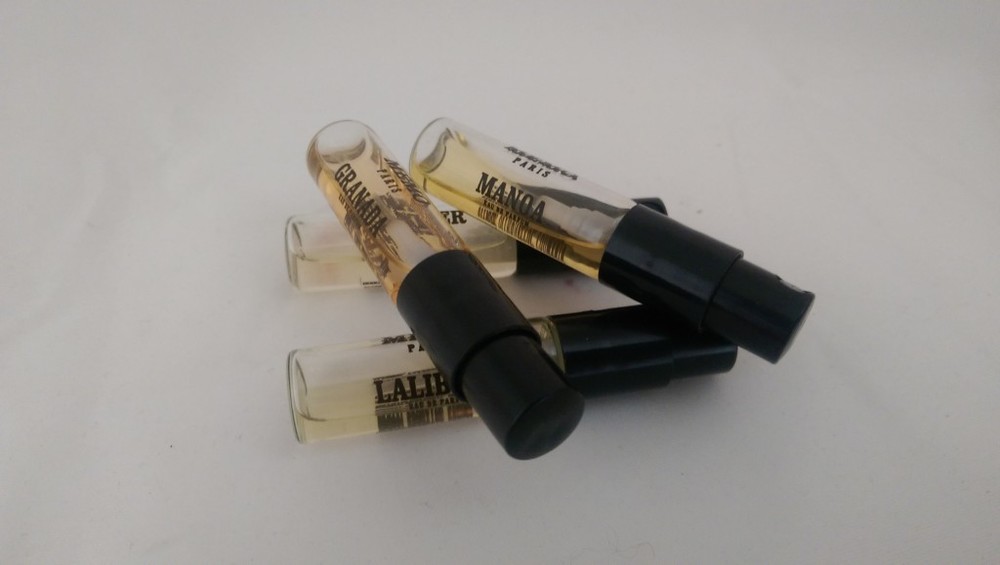 I could tell that something was happening when I fancied that I could detect more breadth and depth in old favourites, like Ormonde Jayne’s Orris Noir (warm, grown-up, sophisticated, all traits I aspire to) and By Kilian’s Incense Oud (churchy, dry, aromatic), while in Miller Harris’ Terre d’Iris I can find and earthiness and spot the citrus that sits above the powdery iris dry-down (fabric-wise, it’s surely corduroy). 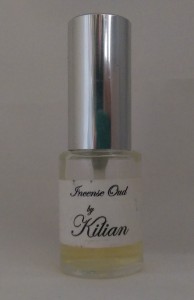 One less-pleasant development is that I can now smell bad smells more acutely, from the pungent, sweaty-feet smears on a yoga mat and the mouldy tinge of damp in my son’s bedroom to the tang of urban foxes on the night air.

During a session of acupuncture with master practitioner Gerad Kite, I ask his advice on sharpening up my nose. The sense of smell is particularly important for him because in the ‘five-element acupuncture’ that he practises, smell is used as the key diagnostic tool, over and above taking the body’s many pulses. ‘Everyone has a unique smell,’ he says. ‘They’re not all pleasant; the diagnostic types are burnt, rotten, rancid, fragrant and putrid. Fragrance is designed to cover these smells. It’s one of the reasons why perfumes smell different on different people.’

‘To learn, you have to smell everything,’ he says. ‘When I was teaching, I used to blindfold my students then get them to hold onto a rope, and I’d lead them around London. The minute you can’t see, your sense of smell kicks in. We would go along the streets and through various shops and they would realize that London absolutely stinks. The worst was the cheese shop in Covent Garden, and the branch of Lush cosmetics which everyone could smell from the end of the street.’

I thought of the actor Richard E. Grant, who launched his own fragrance earlier this year and gave interviews saying how he has always been a compulsive sniffer of everything. At the time, I’d thought him eccentric but I can see now he’s been a Nose-in-Training, all his life.

Really, how-to-smell is something that we should all be taught from an early age — and soon, it could be. Industry body The Fragrance Foundation is on the case with a ‘Marty the Mighty Nose’ programme that is being trialled in primary schools, which teachers say helps to unlock children’s descriptive vocabulary (and it’s fun, too).

If we all grew up with a better ability to put words to smells, it would, as fragrance industry legend Roja Dove puts it, ‘remove so much fear from people’ when it comes to talking about perfume – otherwise, thanks to the surfeit of jargon that surrounds scent, all the ‘accords’ and ‘absolutes’ and ‘benzoins’ and ‘sillage’, most people think that, like trying to appreciate Art-with-a-capital-A or Fine Wines, understanding fragrance isn’t really for them.

Back in the workshop, Jo Fairley told how, three weeks after starting her sniffing-and-writing-it-down exercises, she had a breakthrough when out for a walk in a strange city, following her nose towards a waft of curry which turned out to be coming from a restaurant 500 metres away. 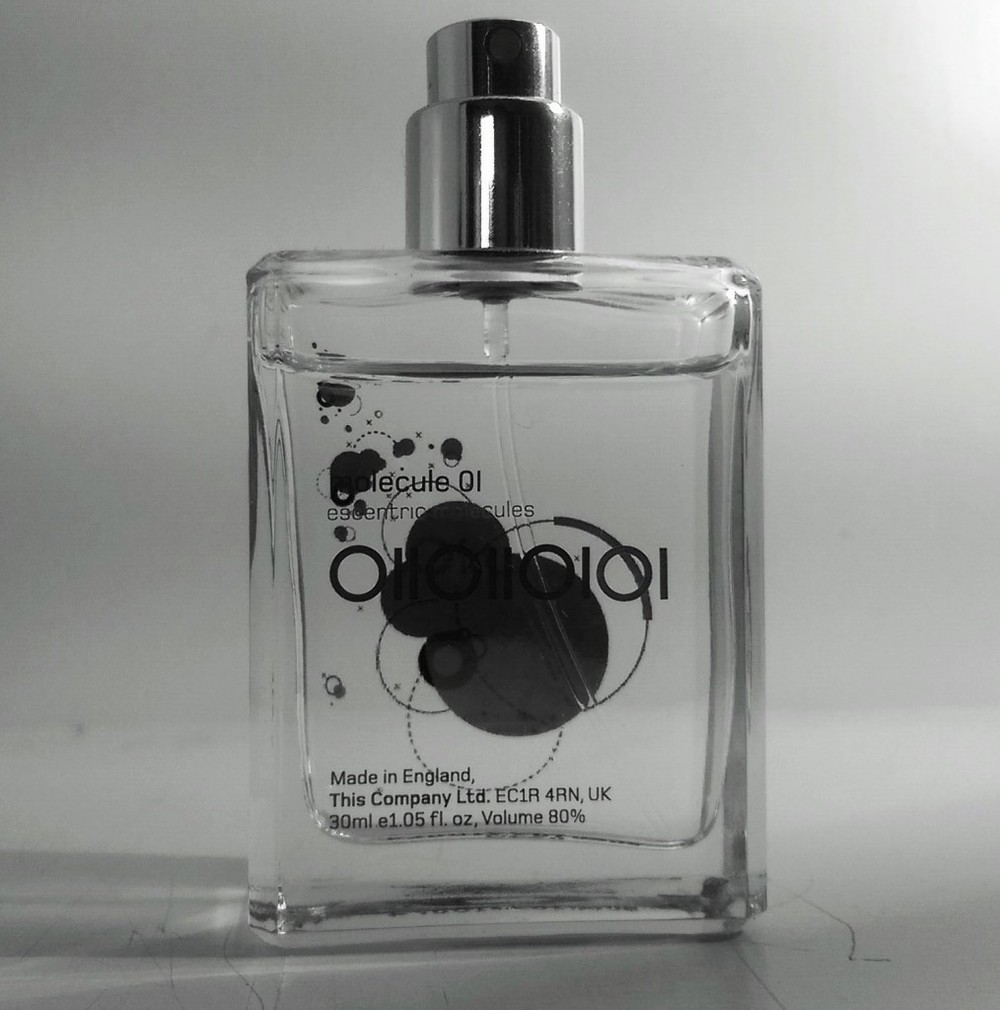 I can’t claim anything similar and still feel I’m grasping at straws but my appreciation of fragrance is certainly growing. I’ve even tried Escentric Molecules’ infamous ‘Molecule 01’, which contains just one aroma-ingredient, a chemical called Iso E Super which works by enhancing the wearer’s natural smell. The tricksy bit is that 20 per cent of people can’t smell Iso E Super, and (of course), I’m one of them, so wearing it is a bit Emperor’s New Clothes. ‘Why on earth are you wearing something that you can’t smell?” grumbles my husband, who can’t smell it, either. Which is a fair point, but plenty of other people can, and tell me it’s nice. Bizarre.

Whenever I do get a bit of a breakthrough, it’s enormously exciting, the olfactory equivalent of learning a new balance in yoga. Last week, I went to a sniff-and-listen talk by scent guru Michael Donovan and was blown away by the perfumes that rose off the blotters. There was the joyous sharp, full, sweet orangey-ness of Ramon Monegal’s Entre Narajos (‘It makes you want to dance,’ says Michael); Byredo’s 1996, where the initial green sharpness of icy juniper berries gives way to a gorgeous, leather-and amber warmth, and the knockout punch of Nasomatto’s Black Afghano — a huge smell (dark/ leather/ resin) with a heart heavy with hashish — all new to me, all simply thrilling to experience and all now on my aroma-wish-list.

Two months on, I still don’t think my nose is much to write home about, but it’s definitely improving. And I know I could put it to the test by going back to Les Senteurs, the haven of fragrance where Jo held her workshop, and asking to smell that sandalwood perfume again. But I’m not feeling brave enough. Not quite yet.